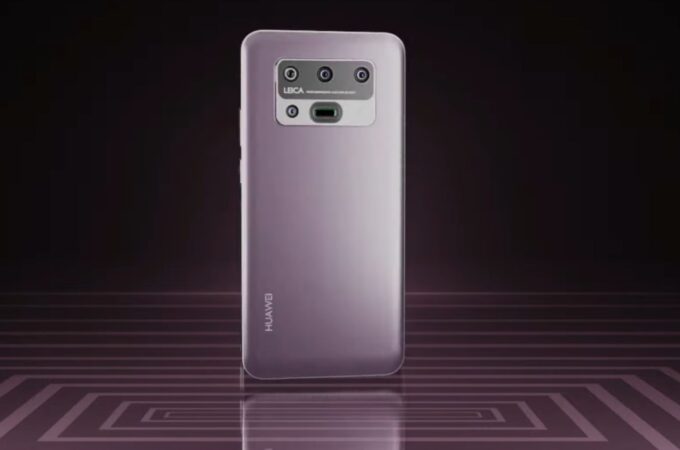 We’re not even sure how Huawei Mate 40 will pan out this fall, with the whole Huawei-TSMC problem, but people are already dreaming of the Huawei P50. Designer and YouTube channel Peacock has created the Huawei P50 Pro 5G (2021) and it ticks all the boxes and fixes everything wrong with the P40 Pro.

The device feels a bit wider, or it may just be the fault of the horizontally oriented back camera. It’s also a rather large module, so large that it would have been ridiculous looking placed vertically. The device packs a 6.69 inch OLED display, but this time without the ugly pill shaped dual front camera. The screen jumps to a 120 Hz refresh rate and we also get a 108 megapixel main camera, within a Penta Lens setup. There’s also a 48 MP under display selfie camera and in display fingerprint scanner.

The back is covered with ceramic and the penta camera setup includes an ultrawide shooter, periscope camera with 10x optical zoom at least, plus probably another telephoto cam and laser focus, Macro or Bokeh sensor. The CPU is a Kirin 1020, most likely the same 5 nm heavy hitter as the Mate 40 Pro will have this fall. As shown in the video the front camera is hidden in the screen and gets revealed when needed. 65W charging is also available here and I actually love the purple hue, which is a bit of a throwback to the older Huawei devices.

I love how the back camera doesn’t protrude that much. The $2000 price tag is a bit much to be honest. It sounds like the price of a foldable device and people may actually prefer a Mate XS2. I think the front camera in the screen may happen eventually, but we’re not sure Huawei will premiere it.

About Kelvin
Passionate about design, especially smartphones, gadgets and tablets. Blogging on this site since 2008 and discovering prototypes and trends before bigshot companies sometimes
Apple Glass Concept Shows Us All the AR Goodness We Need   Samsung Galaxy Note 20 Ultra Gets Concept Creator Treatment Again (Video)