LG G4 Gets Fresh 2W Speakers Upfront, TouchPad at the Back

The LG G3 has barely arrived in stores and there’s already speculation about the LG G4. We’ve met the Xperia Z4 today, so why not have a look at the G4? Well, Javier sent us some renders of this new model and while improvements from the G3 are subtle, they are also welcome. 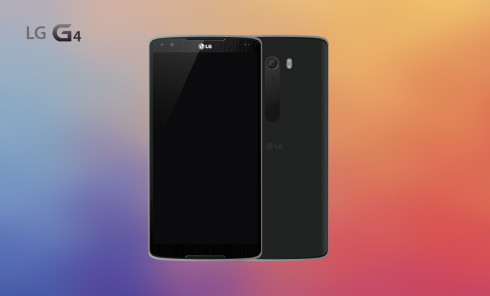 This time, the smartphone adopts new 2W speakers, placed at the front (top and bottom). This is meant to rival the BoomSound setup on the HTC One M8 in my opinion and as long as the speakers are not muffled easily, I’m happy with that decision. There’s a sensitive touchpad and touch volume buttons at the back. The touch area lets you scrolls through apps and lists and it also allows you to zoom in and out the camera. 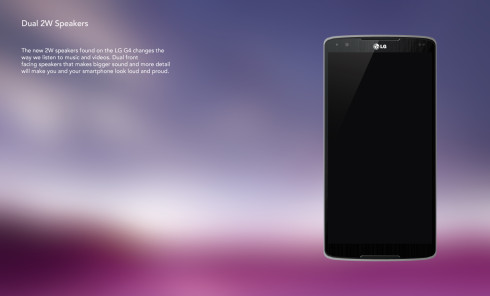 LG G4 comes in 5 different colors, including mauve, a shade of brown, black and white. On board we find a 5.1 megapixel front camera, the famous laser autofocus with an improvement at the back and an enhanced dual LED flash. The screen goes to a 5.7 inch QHD and the main camera has been upgraded to a 16 megapixel unit. Inside we find 4 GB of RAM and a Snapdragon 808 processor, as well as a 4000 mAh battery (removable).

The design is reminiscent of the predecessor, in my opinion, but also a bit more rounded. 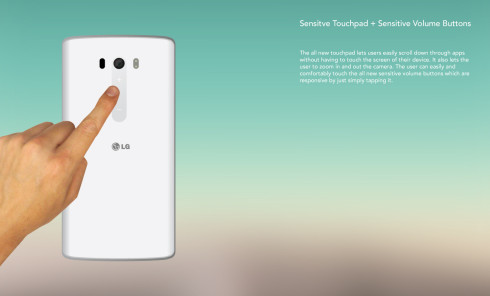 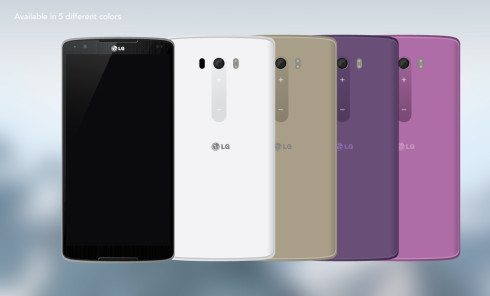 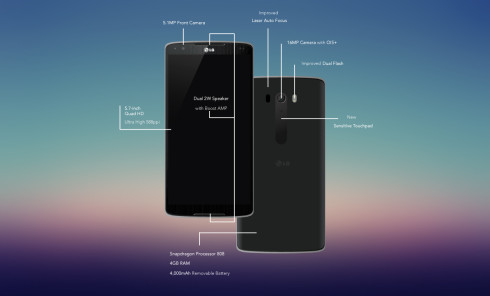