With all the recent rumors about a supposed LG Nexus 5, it’s time to have a glance into the future flagship phone made by LG. To do that we have a look at the LG Optimus Prime designed by Rahul Sharma and teased in the video below and pictures, too, as well as specs. And now I must explain the title: a while before the Galaxy S III was launched, it was rumored to be a 4.8 inch smartphone with 3D display and quad core CPU… 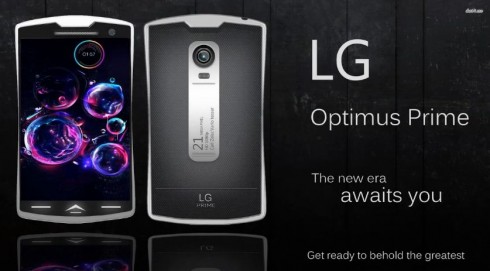 Well, now LG Optimus Prime comes in and fulfills that dream. The device uses a 4.8 inch Super AMOLED 3D screen with Clear Black Display and Corning Gorilla Glass. It supports a 1920 x 1080 pixel resolution and packs a quad core Snapdragon S4 Pro 1.7 GHz processor, with Adreno 320 GPU and 2 GB of onboard RAM. The body of the LG concept phone is very thin, at 6.65 mm in waistline. At the back we’ve got a 21 megapixel Carl Zeiss camera, with Vario Tessar technology, autofocus, Pureview technology and dual Xenon flash.

No way that Nokia would allow LG to use those, but let’s dream! We also get augmented reality, NFC, HDMI, DLNA and even a projector on the LG Optimus Prime. The battery here is a 3000 mAh unit and the projector is a HD one with 25 lumens capability. Be sure to watch the video below and rest assured that we’ll unveil more details about the handset once we receive more pictures of it! 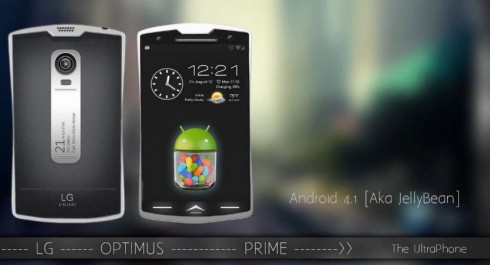 About Thrystan
Nokia Lumia 955 is Based on Nvidia Tegra 4, Has 2 GB of RAM, 5.5 inch Display   HTC M7 Renders, Pictures and Leaks: Which One is Real?!