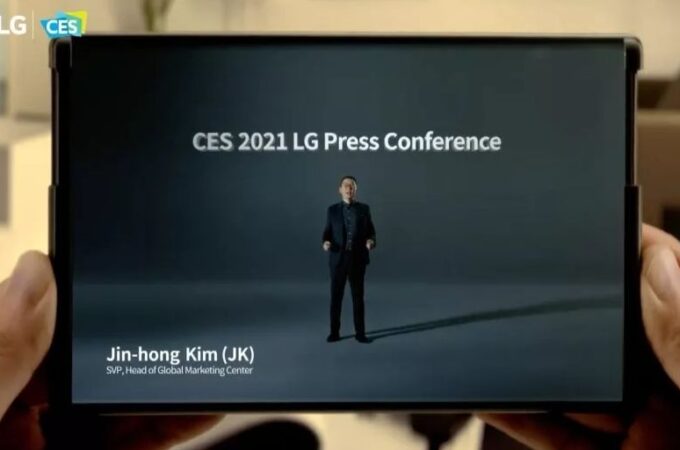 Oppo kickstarted something interesting in 2020, when it showed the very first rollable phone concept, Oppo X 2021. Now with CES 2021 happening this week, we were bound to also see a slew of rollables. Well, “slew” is a strong word, since we only got two: an LG one and a TCL one. Let’s check out the LG Rollable versus the rollable TCL ones.

LG already innovated in 2020 with the LG Wing handset and the same innovation lab has now come up with the LG Rollable Phone. The screen you see here is called a “unique resizable screen”, that extends the device from phone to a small tablet. The screen is able to slide in and out of its regular placement. Interestingly enough this will turn from concept to real product in a few months. LG is working with Chinese outfit BOE Technology on the screen, which just increased the firm’s popularity.

LG is no stranger to flexible and rollable screens, having those on at least two TV generations, but not phones yet. We have yet to learn which display the LG Rollable Phone is using, but some form of OLED may be it. LG started working on a Rollable Phone as part of the Explorer Project. LG Wing also came from there with a rotating screen design, that overlaps one OLED screen on top of the other.

The LG Rollable was only shown in two videos during LG’s CES 2021 conference, but there was no physical prototype to handle. TCL also showed a larger 17 inch tablet, that could “unfurl” from both ends, like a scroll. They also showed a 6.7 inch phone that expands into a 7.8 inch tablet with a simple tap of a finger. The whole UI adapts to the experience.

The device is said to have a highly reflective back, as the woman in the video uses it like a mirror. So I’m going to leave you with this question: LG Rollable or TCL rollable?