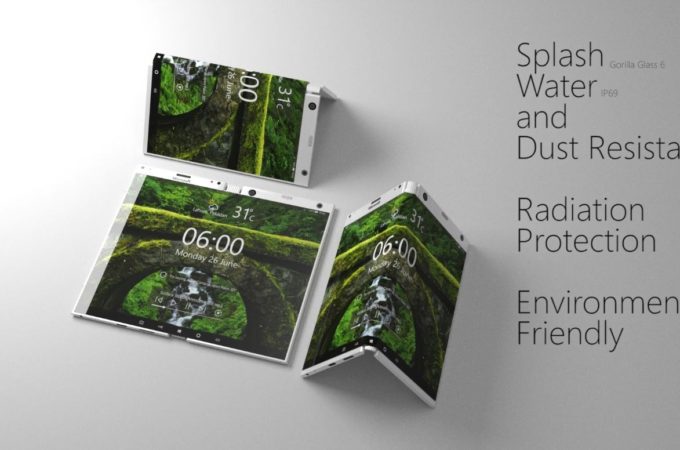 We’ve been hearing for a while now about Samsung and Microsoft patents related to foldable phones, with many proposing a foldable Surface Phone. Such a concept comes to life today courtesy of Windows Tricks. 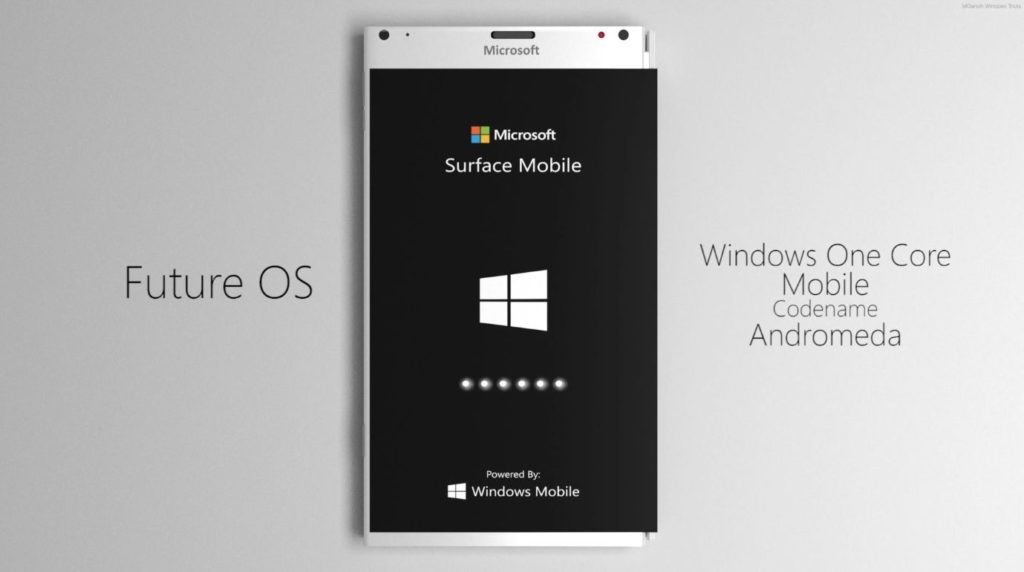 This Surface Phone concept runs on Windows Core OS and brings a flexible body, that expands the regular smartphone screen to a tablet diagonal. Basically, the device opens up and doubles the screen estate. It also seems to have a bezel only on one side, while the other is left blank and connects to the second screen at the back. This dual display machine runs on Windows One Core Mobile, known as Future OS or Andromeda. 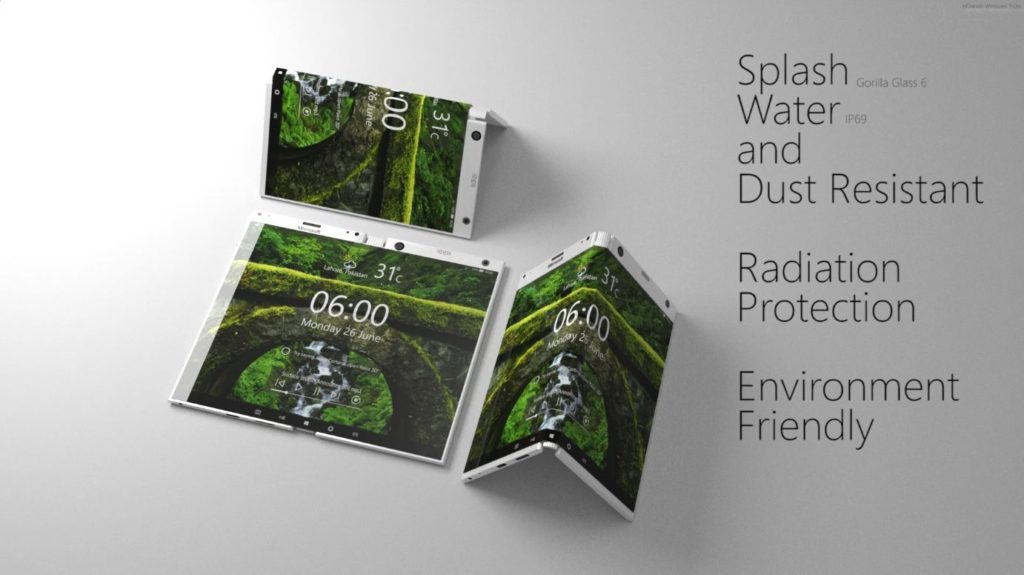 It fully supports the Surface Pen, or a version of it and it’s able to emulate the x86 desktop experience. The hinge is interesting, including several tiny cylinders, like the Surface Book or Lenovo Yoga Book. Even though the device is pretty good looking, my main problem with it is that it also seems rather fragile. Specs are hardcore enough to include a 5.8 inch OLED HDR screen with 3D Touch and pen support, plus 8 GB of RAM. 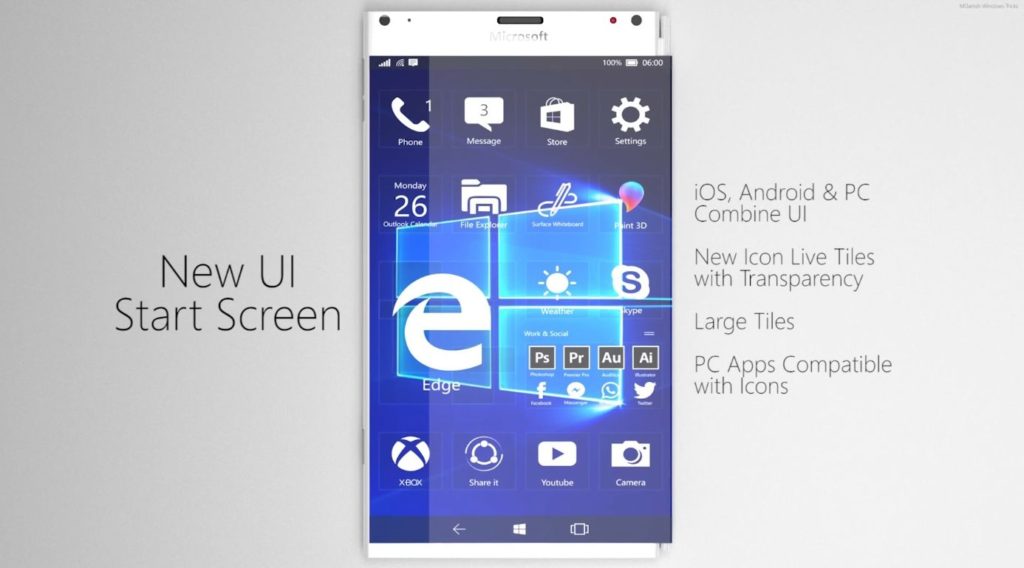 There’s also 256 GB of storage, a dust and water resistant body, plus two 8 megapixel cameras upfront and two 20 megapixel cameras at the back, with AR sensor, triple LED flash and 4K video capture at 60 FPS. There’s even a projector here, plus Continuum support, 3000 mAh dual batteries and an iris scanner. It seems to me that the designer threw even the kitchen sink here, to make the device as powerful as possible.

Digging the new minimal UI, by the way and the Studio Mode is a nice idea. 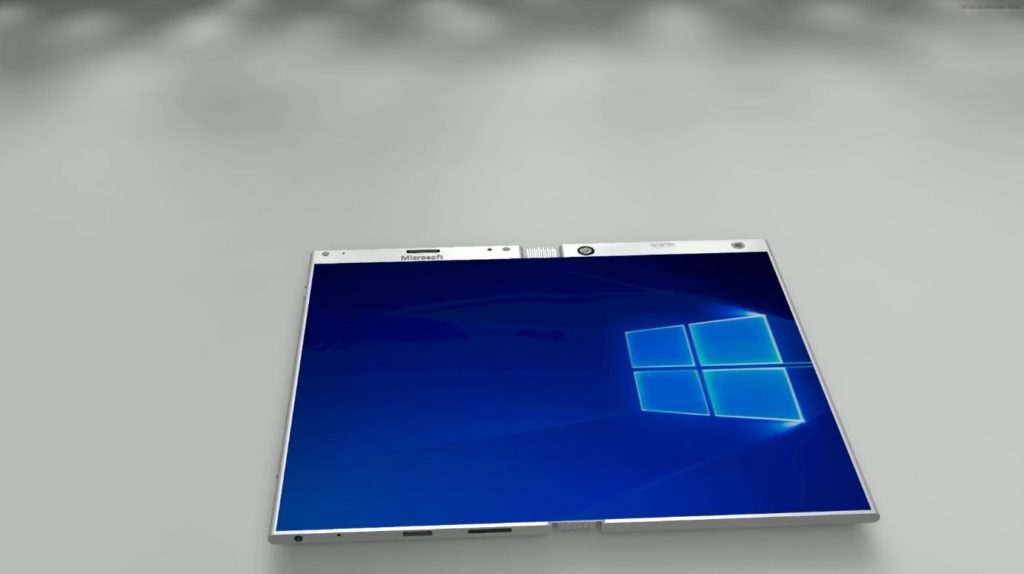 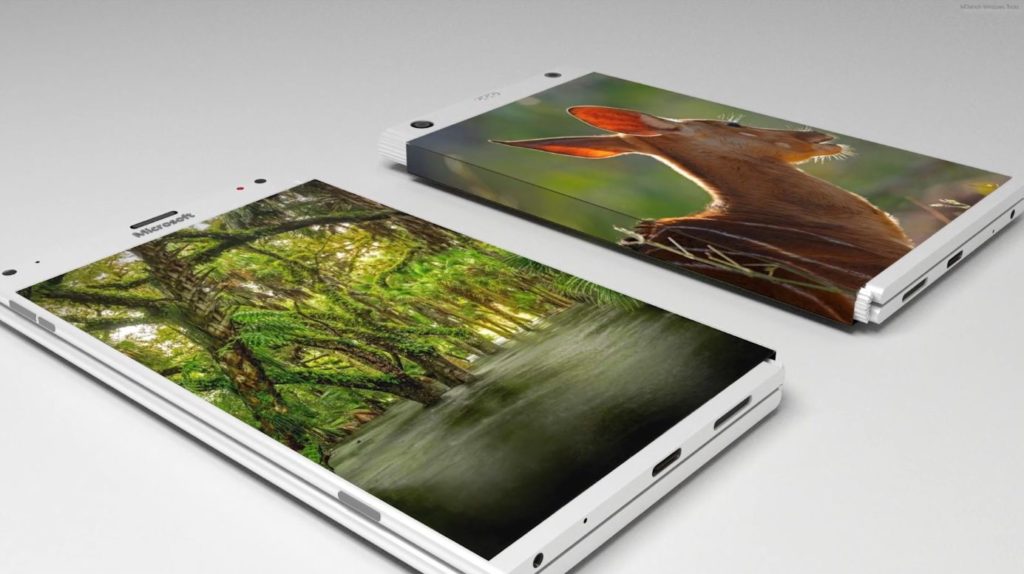 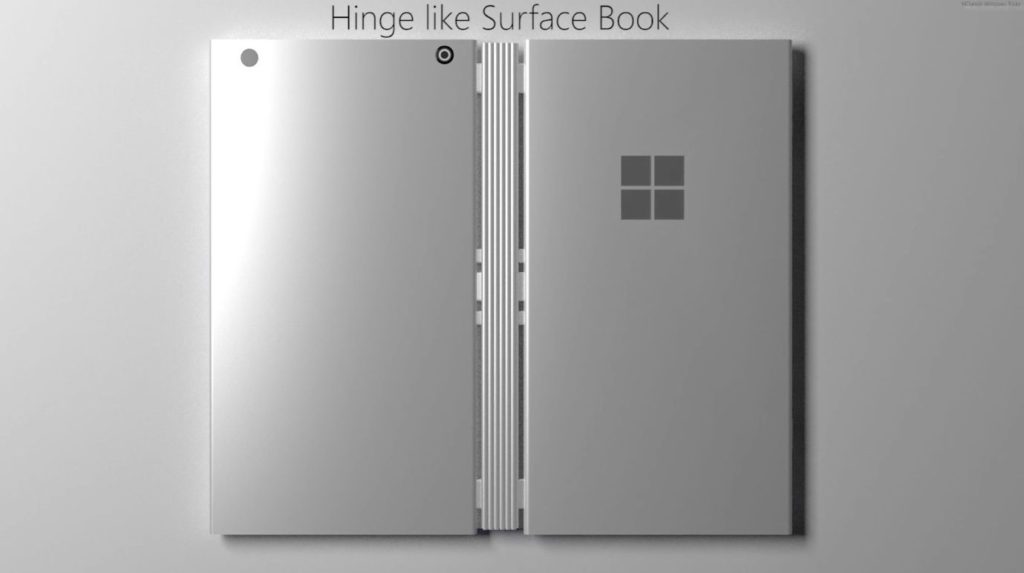 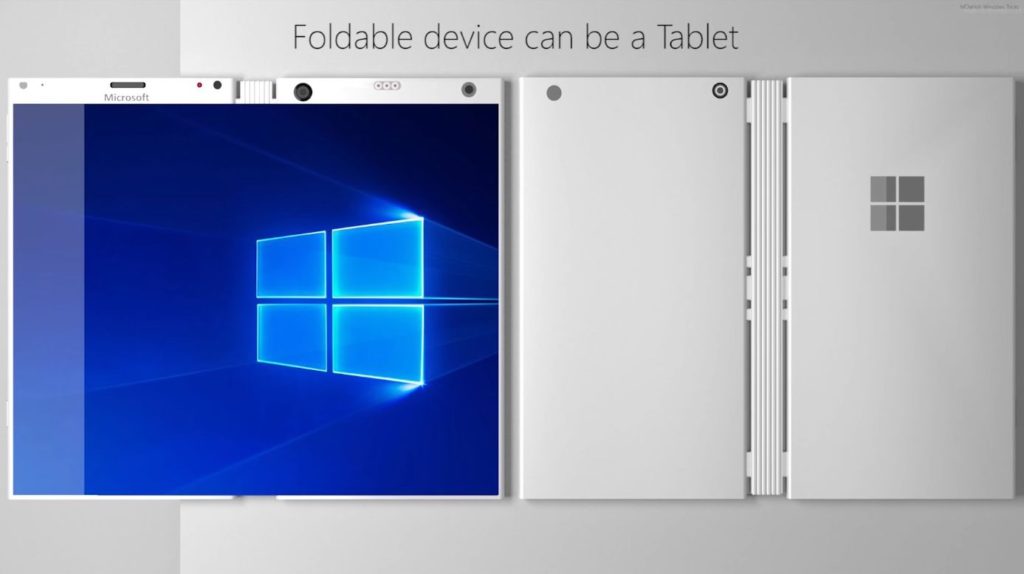 About Kelvin
Passionate about design, especially smartphones, gadgets and tablets. Blogging on this site since 2008 and discovering prototypes and trends before bigshot companies sometimes
ASUS Z3 Venom Concept Phone Takes Gaming to a Whole New Level   HTC U12 Concept Design Goes for the Limit, With 96% Screen to Body Ratio