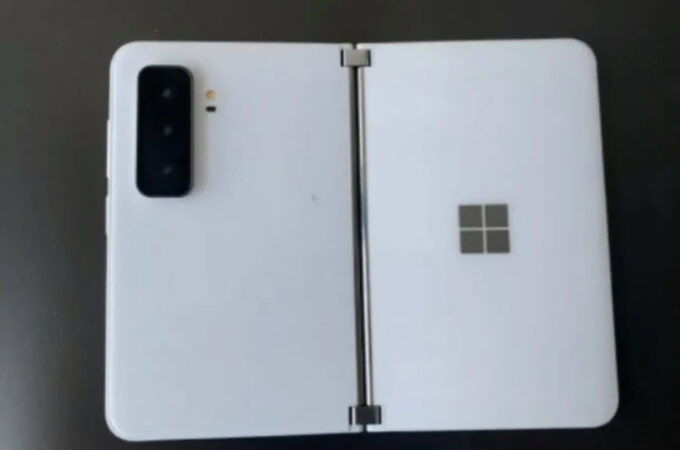 Microsoft Surface Duo was a bit of a flop, I’m willing to admit that, especially for the asking price of $1300. It may have gone down, but the sour taste remains. Today we’re treated to a leak of the successor, the Microsoft Surface Duo 2, which shows a triple back camera setup.

It actually looks like the first Duo, only with a triple back camera attached, quite protruding I’d say. That’s quite the jump from the predecessor’s singular 10 MP front camera. The second gen model remains styled like the Nintendo DS and uses two separate displays held together with a 360 degree rotating hinge. We also get a black model aside from the white one, with a matte finish.

The Power button now seems to host a fingerprint scanner and rumors claim that the phone will be powered by a Qualcomm Snapdragon 888 CPU. We should also get NFC connectivity, probably even 5G. A launch event should happen around September of October. Hopefully Microsoft also fixed the cracking USB-C port at the bottom and made the bezels smaller, maybe also increased the diagonal.

About Kelvin
Passionate about design, especially smartphones, gadgets and tablets. Blogging on this site since 2008 and discovering prototypes and trends before bigshot companies sometimes
Realme 8S Design and Specs Leaked; New Camera Design Incoming   5 Ways To Spy on A Phone Without Installing Software