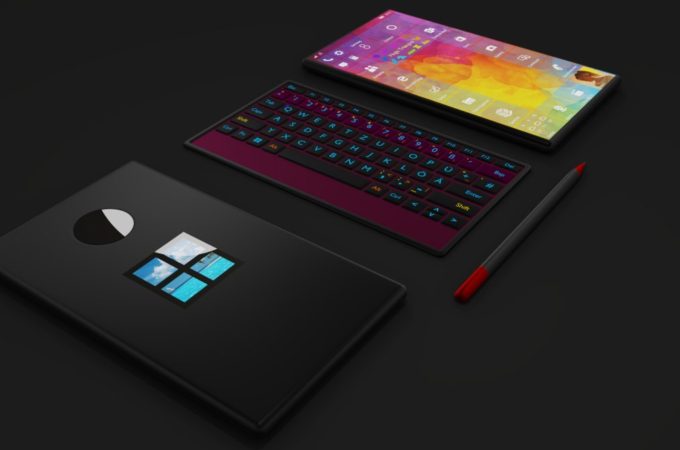 Surface Phones usually come in waves, every once in a while they appear and then they disappear for months. The latest such appearance shows us a bigger Surface Phone, one that’s half tablet, half phone and also throws in the mix a keyboard and stylus. 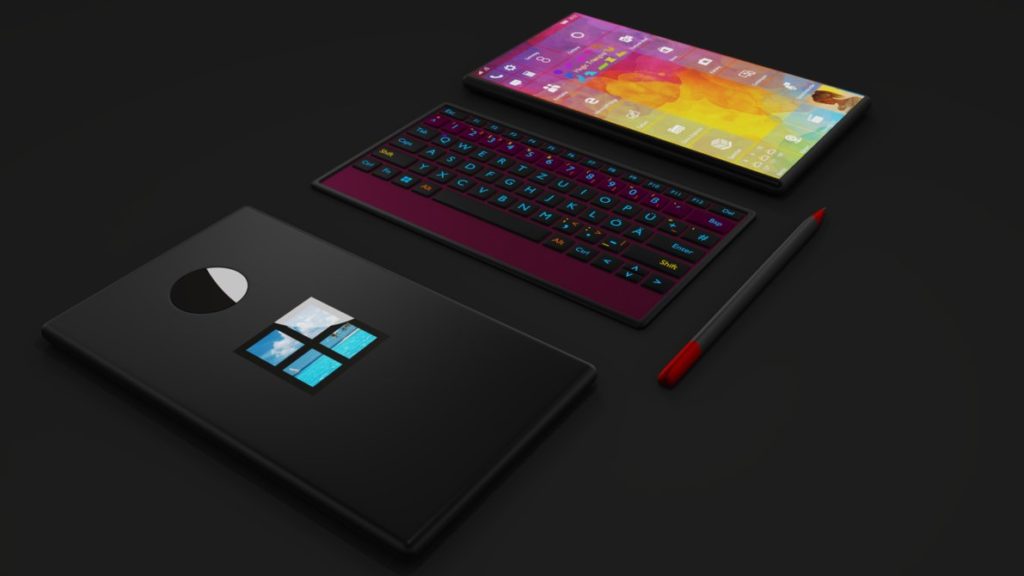 This is the creation of 8DFineArt, who did a fine job, especially since he also included some color in the mix. Usually, the Surface Phone was a pretty sober affair, with no color, just gray and straight lines. The device shown here has a Lumia-like back, especially the camera area. Interestingly we also get to see some extra accessories, like a selfie screen and even a game controller case. 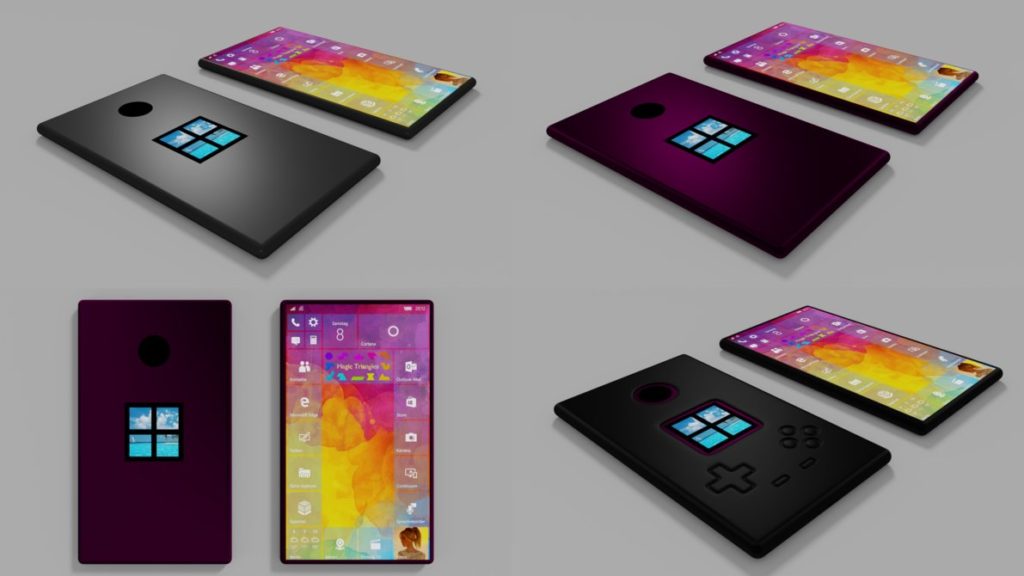 This proposes another level of interaction with the device: modularity. This hasn’t been approach till now, as people have been viewing this machine as more of a cross between tablet or phone at best. The screen is an edge to edge one here, but one that seems more symmetrical, without sacrificing any one of its sides. An interesting aspect about the the device is the fact that the Windows logo actually shows an image this time, or it’s meant to imitate one.

It’s rather hypnotic. The only visible drawback here is the fact that this concept phone is rather bulky. 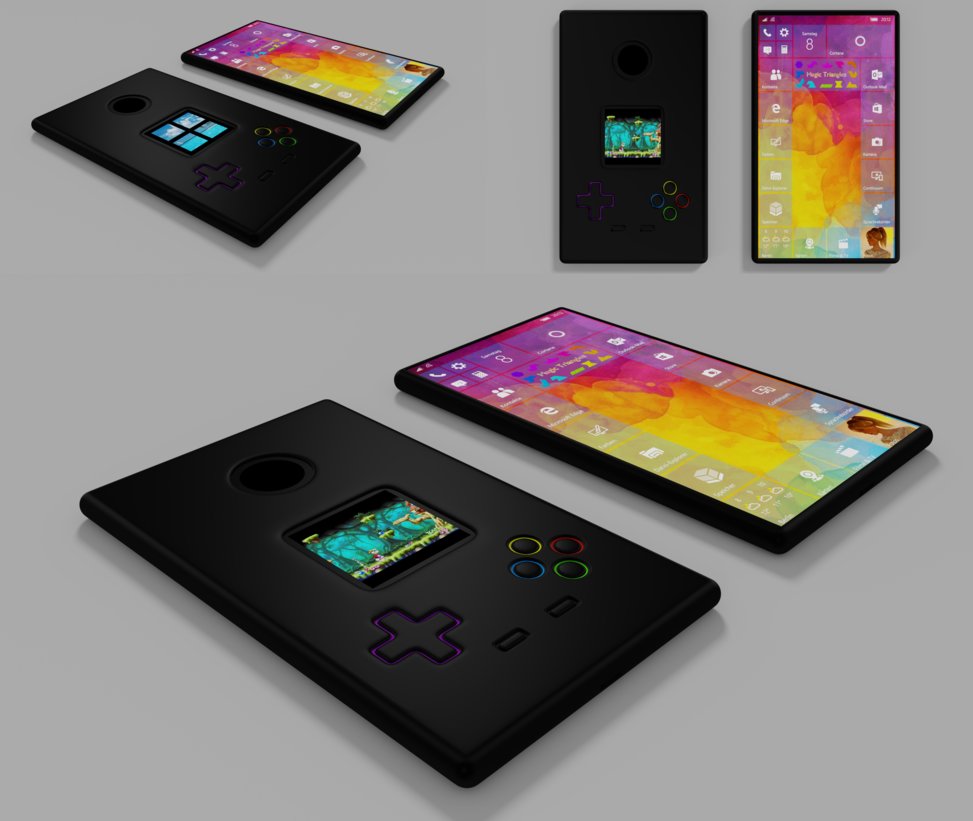