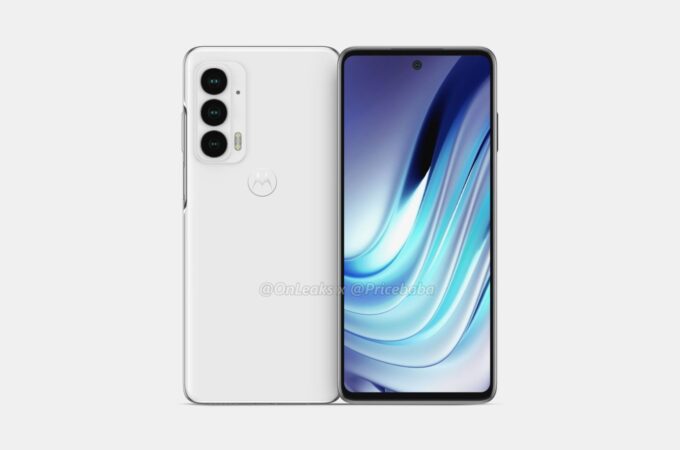 Motorola Edge was one of the few phones over the past years that got the whole curved glass/curved screen thing right and in an elegant manner too. That’s why the Motorola Edge 2, or Motorola Edge 20 rather has us all excited. That’s because it has just leaked in high resolution renders, courtesy of Pricebaba and OnLeaks. We analyze them after the break.

We only get to see the Motorola Edge 20 in this leak, with a triple back camera module and also a punch hole display. The design is similar to the OnePlus Nord 2 5G, which was just unveiled, if you ask me and also a bit with the Oppo Reno 4 Pro and Reno 5 models. That means it’s rather generic, in the camera module department. The Motorola Edge 20 measures 169.1 x 75.5 x 8.9 mm and the thickness goes to 11.6 mm with the camera bump.

It’s odd for me to see Motorola giving up on the curved glass thing, which made the Motorola Edge stand out so much. According to the source, the device comes with a 6.7 inch Full HD+ panel, with 120 Hz refresh rate, plus a Snapdragon 778G processor, 6 GB of RAM or 8 GB of RAM and also 128 or 256 GB of storage. The triple back camera includes a 108 megapixel main sensor, a 16 megapixel secondary lens probably for ultrawide capture and also an 8 MP shooter for zoom, maybe Macro. A 4000 mAh battery sounds pretty small inside, but probably charges very fast. Oddly enough, the North American version of the phone has a larger 5000 mAh battery, which feels like discrimination for the EU market.