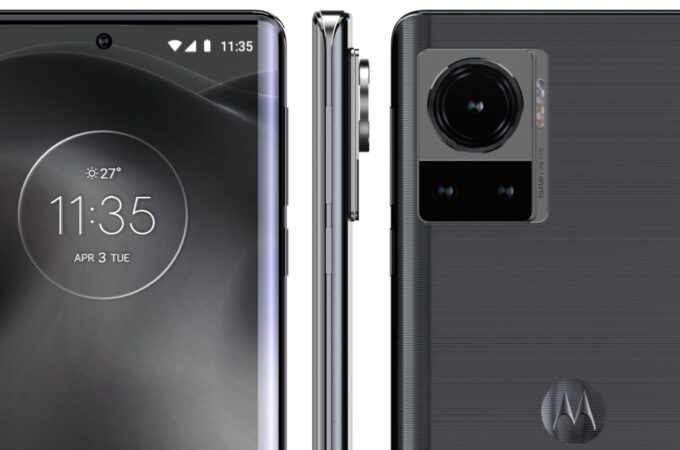 One of the oddest leaks lately involves the Motorola Frontier, a device that I’m sure will change its name when it’s time for its commercial debut. The device has just appeared in a few renders courtesy of Evan Blass and now it shows off a 194 megapixel back camera.

A few weeks ago there was a leak regarding a Motorola smartphone with a 200 megapixel camera sensor and flagship level specs. It was dubbed Moto Frontier and now it seems that the 200 MP camera with a Samsung sensor will actually rely on a 194 MP sensor. The smartphone has curved body, with a curved screen, much like the Motorola Edge models, plus a back panel with curved sides.

It’s also a long and narrow device like we’ve seen Motorola doing a lot lately. The camera setup also includes a dual tone LED flash, a 50 MP ultrawide sensor and a 12 MP IMX664 telephoto lens. Upfront we have an edge to edge display with a punch hole, a 6.67 inch P-OLED panel with FHD resolution and support up to 144 Hz refresh rate. There’s talk of a brand new CPU inside, the Qualcomm Snapdragon 8 Plus, but it’s waaay too early for that.

The smartphone is tipped to launch in July 2022, so we have some waiting to do. It should run on Android 12 out of the box and even offer 125W fast wired charging, as well as 50W wireless charging. Hopefully, the battery life is good, since Motorola hasn’t quite done well in this area lately.