Motorola Play Concept is All Touch, No Buttons (Video)

Created by Kirill Krymov, working with some designer students in USA and Motorola designers in Korea, the following concept shows us a Motorola phone without keys and relying on touch input and gestures. The Moto Play is basically a full touch rectangle, with two movable parts at the back, that look as if joysticks were set apart from the handset. 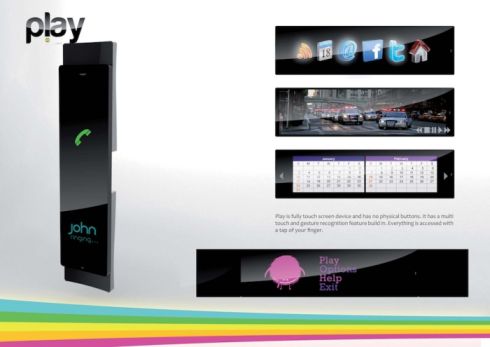 These moving parts uncover a camera and other features of the Motorola Play include the ability to charge via wireless, just by placing the phone on a charging base. The device uses a 7 megapixel camera that takes quick snaps and this photo sensor is hidden behind two sliding parts, that can be used as joysticks in the gaming experience and as controls for the camera. The left joystick is used for zooming, while the right one is used for taking pictures (shutter button).

This looks like a very interesting Motorola concept phone, one that would fit youngsters, teens and people with an active lifestyle. I’m not sure if the slider parts make it more fragile or not and if they won’t wear out during a long period of use… 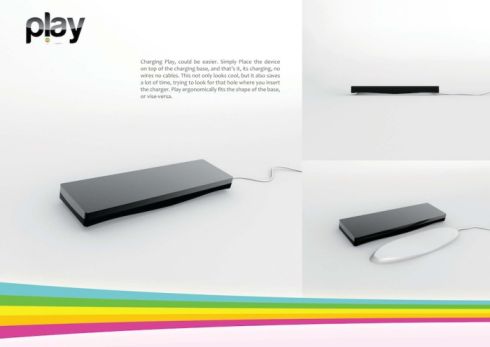 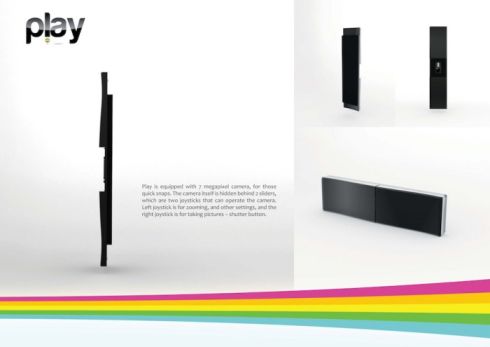