7 Awesome Cross-Platform Games to Play on PC and Mobile 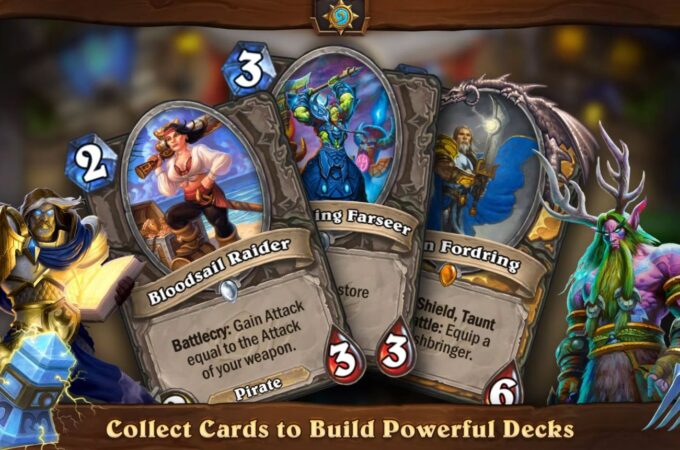 Gone are the days where everyone needs to boot up the same device to play together. Instead, today gamers can easily find a whole host of games to play across multiple platforms, meaning they can connect with friends on a completely different device.

The latest innovation here has been the acceptance of mobile gaming. With many popular online games, old and new, now allowing players to log in on their mobile devices and PCs.

Here are 7 of our favourite cross-platform games that you can play with friends on either PC of Mobile.

So, I need to buy the game twice?

Playing across multiple platforms will most likely mean you have to buy a game twice—unless the game is free, of course (fortunately many on this list are).

But before you simply resign yourself to the idea of dishing out any more cash consider this: what if there was a one-stop-shop which helped you find the best deals on steam keys, getting you huge discounts? And what if you didn’t even need to search for it?

At GameCamp.gg you can get your hands on game keys at a fraction of their price. Meaning that you can bring you favourite mobile gaming experiences over to PC without needing to break the bank.

A relic of another era, RuneScape is perhaps only second to World of Warcraft in the annals of MMORPG history.

While the original game released way back in 2001, Old School RuneScape was released in 2013 to allow players to relive the glory days before the patch to the controversial RuneScape 3.

You may not believe it, but even after all these years Old School RuneScape draws in a strong player count bolstered by its passionate, active community. Meaning that if you’re looking to indulge in some nostalgia, or simply try a piece of gaming history, Old School RuneScape may just be the next game to play on your commute.

Arguably the title we have to thank for popularising Battle Royale, PlayerUnknown’s Battlegrounds is a legendary title that’s still going strong. Releasing for mobile only a year after the game’s own release, PUBG mobile allows players to battle it out on PC and Mobile.

However, PUBG does not technically support cross-play between the two platforms yet. Meaning that you’ll only be able to play on either mobile or PC servers, not across both. That said, this still means you can play on the go if you’re a fan of the game.

Unlike PUBG, Fortnite does support cross play between PC and mobile servers. Given, you may feel slightly disadvantaged on mobile due to the accuracy and flexibility one can achieve with keyboard and mouse. But, provided the correct skills and tactics, that certainly doesn’t mean you can’t win on mobile.

This deck-builder is among the most loved in its genre, with Blizzard known for delivering quality in both user experience, gameplay and balancing. Not to mention that the mechanics are hugely satisfying and rewarding.

While the Among Us mania that spread during the early days of COVID-19 has most certainly died down, that doesn’t take anything away from the fact that Among Us is still an excellent game. Because it is.

Combining the need for teamwork and betrayal, Among Us puts 4-15 players on a ship where they must complete tasks before the “imposters” kill everyone aboard. Anyone who’s played the IRL game of Mafia will already know how addictive and exciting this type of game is.

Thanks to cross-play between devices, Among Us Is a great party game to play with friends.

Perhaps the most iconic game in recent memory, Minecraft also needs no introduction. Its blocky aesthetics, creative gameplay and survivalist mechanics have already taken the world by storm.

Thus, you’ll probably need little convincing that it’s an awesome mobile game. Thanks to its simple controls, it makes for a great mobile port. What’s more, with cross-play between mobile and PC, you can either get creative with friends across multiple platforms or simply continue your adventure on your mobile when you’re away from your PC.

This means that there’s nowhere you can’t enjoy Minecraft!

Easily understood as Minecraft’s 2D brother, Terraria is an awesome take on a similar formula.

In contrast to Minecraft, Terraria doubles-down on combat, encouraging players to find, craft and upgrade cool equipment in order to best tough bosses. But, fortunately, with cross-play you can do this all the more easily by teaming up with friends on PC.

About Kelvin
Passionate about design, especially smartphones, gadgets and tablets. Blogging on this site since 2008 and discovering prototypes and trends before bigshot companies sometimes
Do bingo sites support iOS smartphones?   Searching for the Best Casinos in AU