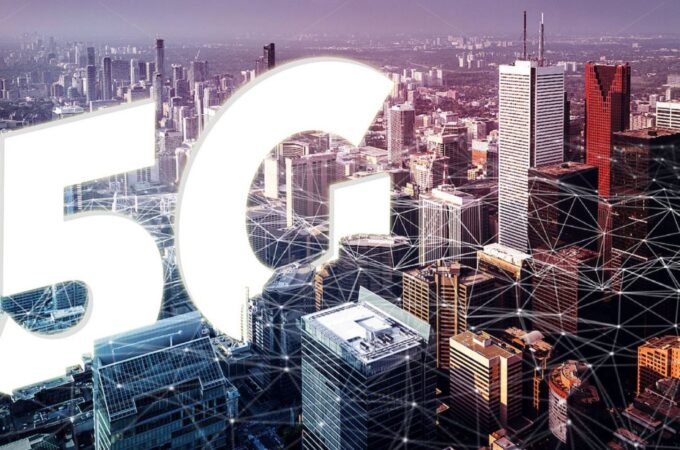 In today’s digital age, technological innovations are rampant. As a result, it’s common to see consistent upgrades, revisions, and modifications to tools related to communication, information technology, and the Internet of Things.  5G is one example of modern innovation that has led to wide anticipation. While the use of 5G already exists, several areas like VR and industrial automation are believed to benefit greatly from this tool.

Although greater deals like Cox internet packages have made the internet widely accessible, 5G offers something else entirely. With this internet type, you can enjoy high speed and increased bandwidth among other features. In this context, it’s not surprising that global 5G connections are growing rapidly. Here you will learn how and why this is happening.

Before jumping to growth and expansion, it’s important to first understand what 5G is and how it works. This stands for fifth-generation mobile network and is the latest in cellular network technology. With 5G, users are able to connect a large number of people, objects, and machines virtually. This network offers super-fast speeds which allow great upload and download rates. As a result of factors like speed and range, this network is growing rapidly today.

How Fast Is 5G Being Adopted?

5G is growing because it offers low latency, high-speed, greater coverage, and extensive uses such as industrial automation. Recently, the President of 5G Americas stated that 5G was increasing rapidly. Chris Pearson also said that this technology would be monumental for the future. 5G saw a steep growth in usage in 2021. In addition to this, around 10 commercial networks related to 5G decided to go live in 2021. According to sources, the global total of 5G commercial networks could potentially go up to 220 by the year 2021’s end. Currently, it’s estimated to be around 182.

One of the most attractive features of 5G technology is its high speed. In fact, this is why its use is increasing globally. When compared to other such technologies, 5G stands out in terms of speed and efficiency. Its previous variant, 4G, is often compared to the current cellular network technology. Comparisons show that 5G offers a 100x increase. This level of speed opens up many new and exciting possibilities for individuals and industries all over the world. As a result, a large number of internet users are switching from broadband connection to this network.

Latency is an essential factor in internet connections. This is how most networks are analyzed for speed and performance. Latency refers to the time it takes for signals to travel from the source to the recipient. Twice. It’s important to keep in mind that latency levels are considered a negative. The higher the level of latency, the slower your connection will be. Compared with previous connections like 4G, 5g has the lowest latency level so far. This means high download and upload speeds. Moreover, you can stream any content uninterrupted and without any kind of lag. Industries related to agriculture and logistics get significant benefits from low latency. In addition to this, online gamers are also likely to enjoy this feature when playing their favorite games.

5G is expanding in terms of use. A large number of industries find that this tool is changing the way businesses and processes are carried out. The use of 5G has led to greater innovation, speed, and convenience. One of its greatest impacts has been on the progress of smart homes. With 5G, it’s easier to control home security and electrical appliances like fans, ACs, ovens, and toasters. In addition to this, you can also install security cameras and keep checking them through 5G enabled technology. Apart from smart homes, Artificial intelligence has also been greatly influenced by 5G. Today, it’s more enhanced and evolved as a result. Moreover, 5G has significantly impacted the internet of things (IoT), Virtual Reality, and Augmented Reality, among other areas.

Industrial automation continues to be impacted hugely by 5G. As a result of this tool, the industrial automation sector enjoys benefits like wireless flexibility and reduced costs. In addition to this, 5G makes it easier for this sector to carry out functions and processes with ease. With a Wi-Fi network, the level of range that these applications require is not possible. But 5G enables industrial automation applications to enjoy being completely wireless. This means that they don’t have to worry about issues like latency and range. As a result of this, it’s easier for smart factories to become more common.

Here are some common 5G Applications and Use Cases:

5G has enabled a substantial increase in speed and network potential. When compared to its predecessor, 4G, this new network is faster and provided a greater range. As a result of this, 5G allowed for larger amounts of data to be transferred.  Users of this network enjoy greater bandwidth because of greater optimization of factors relating to network traffic. As a result of enhanced bandwidth, it’s now possible for users to make use of a smooth internet connection even at public places like cinemas and stadiums. In fact, this technology also enables you to live stream from such places. This makes 5G significantly efficient and enhanced as a tool.

5G is growing in popularity and usage because of the wide range of features it offers. Industries related to automation, smart homes, and IoT are benefiting greatly from this. In addition to this, it’s also being used by sports and health industries, especially through tools like wearables. These have enabled consistent health monitoring and are also used to evaluate sports performances. Moreover, projects related to smart cities are also being rapidly developed as a result of 5G technology. It leads to a higher rate of efficiency with reduced time and effort. It’s also being widely pursued by online gamers, and those working with Virtual Reality, and Augmented Reality. Therefore, 5G continues to expand its network and customers throughout the world. In fact, its popularity is expected to increase in the upcoming years.

About Kelvin
Passionate about design, especially smartphones, gadgets and tablets. Blogging on this site since 2008 and discovering prototypes and trends before bigshot companies sometimes
Samsung Galaxy Note 22 Ultra Goes Overboard With 8K Display, 200X Zoom   A List Of The Most Common Smartphone Issues And How To Fix Them