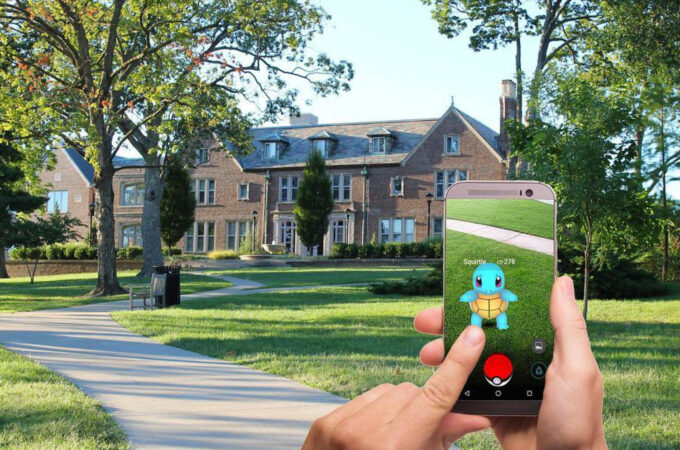 As technology evolves, mobile gaming has meteorically skyrocketed to become more popular. Many players are using their smartphones as they look for more ingenious ways to have fun and interact with people virtually.

In 2021, the mobile gaming industry accrued a 7.3% increase globally. This exceeded the revenue for the Box office and the amount of revenue recorded by the music industry. This growth could allude to several game-changing technologies, including immersive and constantly improving top-rated mobile poker sites and apps.

Below are how mobile gaming is instrumental in delivering a more simplified and immersive experience.

1. The Use Of Cloud Gaming Experience

During the advent of mobile gaming, fans had to download the app on their mobile phones before enjoying the game. However, with the rise of cloud gaming, players can enjoy their games without having to install the app on their devices.

Through the technology that is cloud gaming, mobile app developers are creating games to be available to users, which they can play without an instant download. Even poker players are able to play on the go and partake in various virtual tournaments with this innovation.

While cloud gaming has existed for years, it has only just reached its maximum potential and will continue to provide a more immersive and simplified experience for gaming apps.

Although it took root in the entertainment industry by capturing people’s imaginations and bringing them to life, virtual reality has taken a new turn in the gaming industry, particularly the mobile gaming sector, by giving players a new perspective on gaming.

Through the use of 2D and 3D characters, virtual reality guarantees an immersive experience beyond what was attainable at any other time before now. Although it is not yet widespread due to the cost of the gear of the virtual reality technology, it has become very popular as many gamers can access VR games from their phones today.

This is possible by incorporating low-budget reality gear such as BNEXT VR Pro, DESTEK V4, and Google Cardboard. Several VR games, such as VR Chat and Rec Room, offer a social experience where gamers can interact with other players and connect in real-time.

Since the debut of Pokémon Go several years ago, which has since generated over five billion dollars in sales, augmented reality has since arrested the minds of gamers.

This technology mixes the physical environment with the virtual world, providing an immersive experience without having to wear any gaming gear.

As with Pokémon Go, the technology leverages several digital components in your surroundings, allowing you to incorporate a comparatively small mobile screen to make for an immersive and simplified gaming experience.

This technology has affected and influenced a lot of industries, and the mobile gaming industry won’t be an exception. This technology can manifest in different dimensions such as speech recognition, automatic navigation and pattern identification.

One of the most important artificial intelligence technologies that has majorly influenced the gaming industry is Artie’s adventure. This mobile game created by Google features AI technology as players are saddled with the task of helping Artie go home through his interactions with several characters. These characters process the player’s input and send out a corresponding output.

Aside from creating top-notch interactive processes, AI helps to develop further immersive experiences such as levels. That means the mobile game can create levels on the go as you progress, affording a better experience with each breakthrough. An example is Minecraft which allows for a fresh perspective for every player.

The advent of better mobile Graphics Processing Units has been a key step in a simplified and immersive mobile gaming experience in the last decade.

Better GPUs allow mobile phones to easily translate through 2D and 3D characters. This, in turn, means a high frame rate and, invariably, a seamless mobile experience. This is the reason for the popularity of advanced processors with the Adreno 660 GPU, as it boasts a sharp increase in graphic processing.

Advanced GPUs offer mobile gamers Variable Rate Shading, a feature only available with PC and console gaming in the past. VRS reduces the number of pixels shaded on a gaming screen, improving games’ efficiency and effectiveness.

With higher processors, IPOs and gaming models already dominating the gaming space, there is a high certainty that the coming year will be a great and eventful year for the sector.

The technologies listed above and many more will be instrumental to the growth of mobile gaming, allowing for a drastic improvement in the industry as mobile video and casino games advance to the delight of players.

Also, with the advent of more games combining new technologies, it is sure as the dawn that gamers are going to witness something revolutionary, pathbreaking and disruptive.

About Kelvin
Passionate about design, especially smartphones, gadgets and tablets. Blogging on this site since 2008 and discovering prototypes and trends before bigshot companies sometimes
How does bitcoin offer your advantages over other modes of payment?   Top 5 Microgaming Slots