Although CTIA Wireless is history now, there are still a bunch of concepts to be checked out, as they’ve been missed by the general public. One of those is the Kyocera EOS concept phone, a foldable device packing an OLED display.

The handset can fold up into some sort of wallet shape and there are 2 configurations it can use: a portrait QWERTY mode and a widescreen OLED display mode. 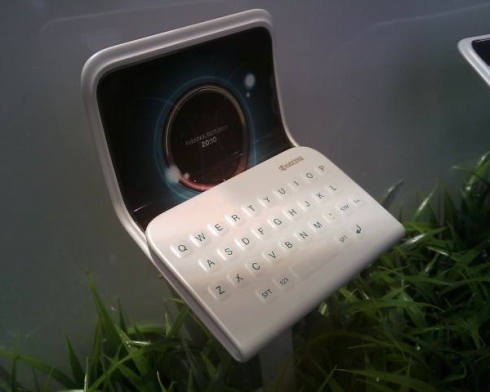 This astonishing phone even features shape memory keys that become flat when not in use and you should know that Kyocera EOS can be charged via a kinetic method, based on piezoelectric generators. Next up is the concept device in the last photo below (the one showing Slumdog Millionaire scenes), also a Kyocera design.

Known as “NXT”, this phone features a context-sensitive display and its controls change according to the handset’s functioning mode (movie, music, gaming). Kyocera promises that at least some of these technologies will make it to its upcoming portable devices, so we can only hope for the best.