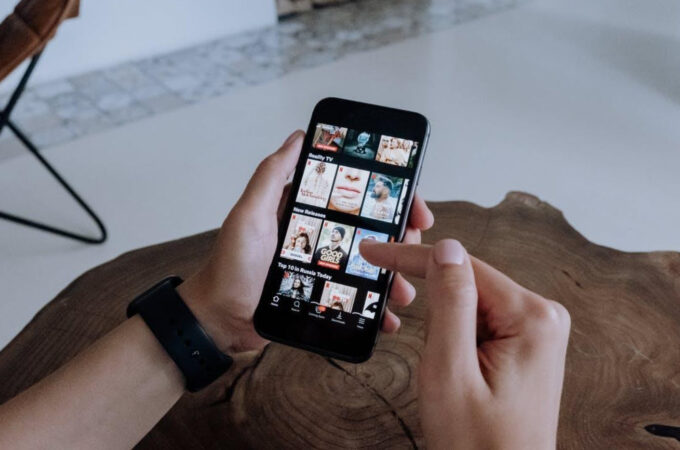 Mobile gaming is a huge industry worldwide with various companies and developers looking to break into the ever-expanding market.

Netflix recently announced that it is branching out into the mobile gaming arena. The entertainment giant stated that it would be starting a games platform offering subscribers access to a wide range of games.

Known as Netflix Games, the new portal will offer android mobile users the chance to play several titles via the platform.

The video streaming innovator has already optioned a variety of titles in a few select countries.

Where are Netflix games accessible?

Netflix initially tested out its new gaming platform in Poland. The company made two games – Stranger Things:1984 and Stranger Things 3 – available for subscribers to access.

After selecting the game, they wish to play, players are directed to the Google Play store to download on their mobile devices

After this first test – which judging by the later proposals went well – Netflix moved forward with plans to launch the gaming platform in Spain and Italy as well. Netflix made three casual mobile games available in the three European countries.

Why is Netflix moving into the gaming market?

In further news that makes it look even more certain that Netflix is looking to establish itself as a major online gaming site, the company acquired the rights to indie game developer Night School Studio. The creator of hit narrative-driven game Oxenfree, Night School is a big name in original gaming.

The move from Netflix shows that the portal has serious plans for its future in the online gaming market.

There are currently thousands of games on the mobile gaming market so Netflix will need to offer something unique to stand out.

Harnessing the skills and experience of developers such as Night School is a sure sign of the platforms plans. By offering something different, it looks likely that Netflix will become a major player in the online games market.

The rise of new mobile games

More and more brands are tapping into the greater demand for diverse games on mobile platforms which has seen a rise in the amount of games available. One gaming genre that has seen a surge in games and popularity is mobile casino games, with mobiles playing a significant part of the industries development in variety and core potential.

Due to the popularity of casino games across the world, new offering of online casino gaming has entered the market, promising players a wealth of new gaming opportunities.  The latest in tech-savvy developers and gaming platforms strengthen their appeal and draw to potential players in a range of different ways.

Secondly, this is where the games themselves come in. The wide variety of games, content and themes on offer have meant that online gaming is more popular than ever.

Thirdly, and perhaps most importantly of all, online gaming has to deliver a trustworthy service to its consumers. Gaming companies can do this by clearly communicating with players.

Online gamers must be reassured at all points that if there are any problems they will be dealt with and resolved professionally.

Every gaming resource needs to deliver on its promises and accountability. If they can do that and win the trust of customers, they stand every chance of retaining their players.

Are Netflix likely to succeed as a gaming provider?

Netflix certainly looks to have set a strong foundation for a successful future in the online gaming market. The five games currently made available; the two Stranger Things titles and casual games Shooting Hoops, Card Blast and Teeter Up offer subscribers a slice of gaming entertainment.

Netflix aims to categorise games as ‘experiences’ and is currently concentrating on mobile platforms as their dynamic home.

The acquisition of Night School Media and its library of games is another sign that Netflix will look to continue its successful rollout. The games will be available on consoles and PCs, providing the first non-mobile gaming options available from Netflix.

Netflix also has a recent history in delivering a range of entertaining interactive films and TV content. These titles could be judged to cross the boundaries between video and game.

Titles known as ‘interactive specials’ provide the viewer/player with a range of ways that they can change the outcome of the story and plot. In the titles, the player makes choices for the characters in the story, altering the ongoing plot.

First developed back in 2016 with titles aimed at young people such as an animated version of Puss in Boots, as well as an adaptation of Minecraft: Story Mode from Tell-tale Games.

In 2018, Netflix released its first interactive live-action film, Bandersnatch from the Black Mirror anthology series. This title showed off the company’s commitment to interactive entertainment and the blurring of the lines between film viewing and gaming.

If Netflix can keep up this kind of forward-looking unique content in its gaming titles, all the signs look good for its ongoing success.

Certainly, the gaming world is a vastly different proposition to what it was back in 1997, the year Netflix was founded. Today the gaming industry is worth more than movies and music combined. It has become a regular entertainment resource for billions.

As the lines between games, stories and content continued to blur, smart developers and companies such as Netflix will continue to tap into its potential.

About Kelvin
Passionate about design, especially smartphones, gadgets and tablets. Blogging on this site since 2008 and discovering prototypes and trends before bigshot companies sometimes
Samsung Galaxy A13 First Renders Are In; Budget Phone Gets Specced Too   Samsung Galaxy S22 Ultra Aluminum Dummy Unit Leaked On Video