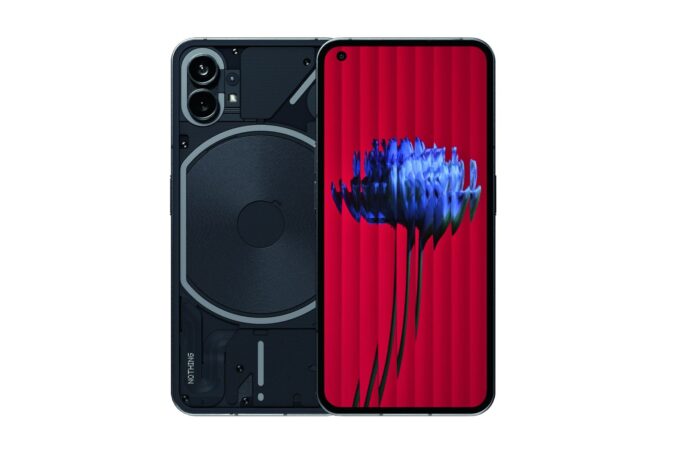 Nothing Phone (1) is the talk of the town these days, as one of the most hyped up indie phones. It’s created by Carl Pei’s company, Nothing, which we founded after leaving OnePlus. The company already launched a pair of headphones with a transparent body, Nothing Ear (1) and now it’s prepping its first smartphone.

The Nothing Phone (1) will debut on Tuesday, July 12th and it has just received a series of official-looking and high quality renders. These images comes straight from leakster extraordinaire Evan Blass (aka @evleaks). The device will be powered by a Qualcomm Snapdragon 778G+ processor, it will use a 120 Hz refresh rate screen and an in display fingerprint scanner. There will also be wireless charging support in the mix.

The design is pretty odd, with a transparent back that shows the charging coil, as well as parts that light up around the camera area and the coil area. There will be a white and black version of the phone, with a flat, angular frame clearly inspired by the iPhone. The phone will come with just 33W charging, but we expected more to be honest. It’s said to start at 470 euros in the EU and it won’t be sold in SUA for some reason.

This phone is actually trying something original for once and it may just succeed, seeing much hype it’s been getting.

About Kelvin
Passionate about design, especially smartphones, gadgets and tablets. Blogging on this site since 2008 and discovering prototypes and trends before bigshot companies sometimes
What Features to Look for When Buying a New Smartphone for Gaming   4 Awesome Benefits of Social Media Marketing