OLED vs. LCD: What’s the Difference? 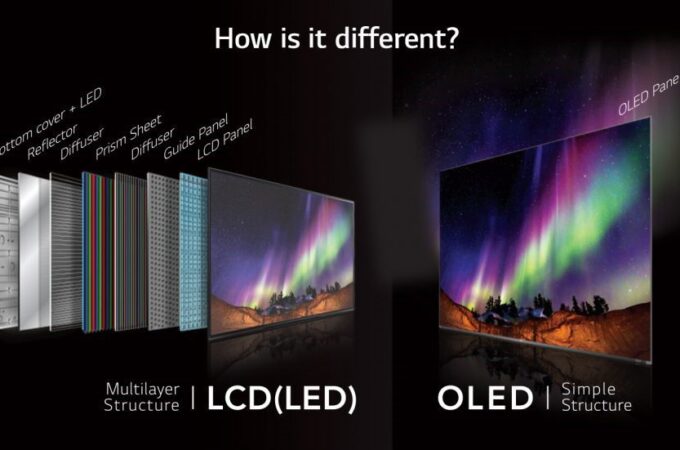 Do you find it difficult to set the different display technologies apart? If so, then we have got you covered! Down below is a comparison guide on the leading display types, i.e. OLED vs. LCD.

Adding to this, LCD is one of the earliest, yet most widely applicable types of display technologies. So much so, that these are available on the market since the 2000s. However, the OLEDs are much more recent comparatively.

That said, let’s get down to explore the major differences between the two. Make sure to read it till the end. On that note, let’s get right into it:

First things first, the term OLED stands for Organic Light-Emitting Diode. It is a type of LED display that works on the following principle: the emissive electroluminescent layer of the display technology is an organic film, which emits light on the response of an electric charge.

Firstly, LCD stands for Liquid Crystal Display, which works with a backlight in all its displays. Apart from that, it is one of the most common types of display technology that is widely used in different panels such as In-Plane Switching. So in a similar context, you get to know about the IPS vs OLED display technology as well, here in this guide.

That being said, let’s get down to discuss the major differences between the two:

While talking about the brightness level and settings available in both technologies, you’ll find that both deliver brighter images, even in daylight. However, on the downside, the OLED type does not give as good performance with its full-screen mode, as in the other settings. So here, the LCD type takes the lead!

Coming to the image quality of both the display types, there’s again a similarity between their contrast ratios and you won’t find any difference between the overall performances. But to be precise, OLEDs deliver a slightly higher contrast ratio, so they take advantage here.

With that being said, the viewing angles with LCD and especially IPS LCD are far better than any other type. So this is a clear win for LCD over OLED.

1. Is OLED better for eyes?

When it comes to eye protection and reduced eye strain, then nothing gets any better than the OLED display types. This is for the reason that the OLED display type features a lot of useful technologies – for instance, flicker elimination, low blue light emission, and no glaring issues.

With that being said, you get to have quite a comfortable experience of viewing and thus there’s no chance of having unusual eye strain.

2. Is AMOLED better than OLED?

OLEDs are sharper and deliver crisp quality images. However, the AMOLEDs are the upgraded version of OLEDs and thus the overall functionality of this display technology is better than the latter.

In addition to that, the AMOLED display type features an extra layer of TFTs and also is much more flexible when compared to OLEDs. So overall, the AMOLEDs are considered better than the OLED display technology.

And it’s a wrap for OLED vs. LCD! Now, it is hard to decide the best display technology that delivers perfect image quality, as both of them have their merits and demerits. So conclusively, it all comes down to your preferences that which one out of these two you find to be suitable for you.

About Kelvin
Passionate about design, especially smartphones, gadgets and tablets. Blogging on this site since 2008 and discovering prototypes and trends before bigshot companies sometimes
Sony Xperia 10 IV Leaked in Images Via @OnLeaks; No Big Changes?   How CBD Oil for Cats Can Help with Anxiety