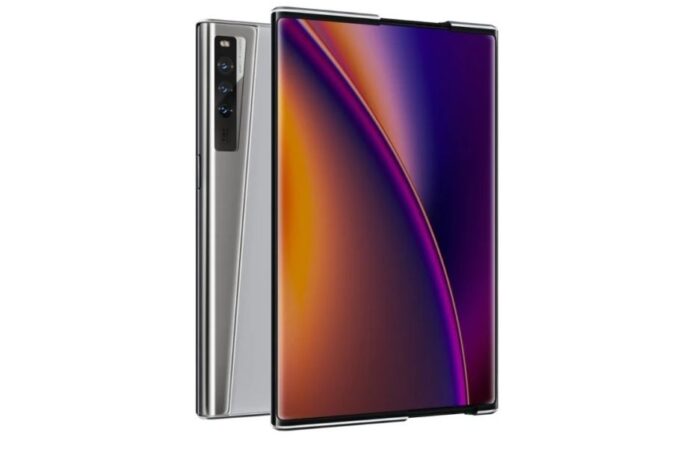 We’ve been hearing the idea of a “rollable phone” quite a lot lately and now it seems that Oppo is the first company to put it in practice. They’ve just unveiled a concept/prototype dubbed Oppo X 2021, as the world’s first smartphone concept with an extending display. You can see it in action below.

The concept goes like this: why have a crease down the middle of a screen, when you can expand it horizontally with a sliding portion? The Oppo X 2021 was announced during the Inno Day 2020 event, as a concept smartphone with a retractable OLD display, relying on a proprietary Roll Motor Powertrain from Oppo. When used in regular mode, the device looks just like any other 6.7 inch curved screen phone, but if you want a tablet-like experience, a single swipe on the side makes it expand to 7.4 inches in diagonal.

The panel remains flat, no crease, no dimple, no cutout, or notch. The powertrain generates a constant force and it’s used to unroll the display as much as you want, meaning you’re not forced to just go with a 6.4 inch or 7.4 inch diagonal, as you can choose an intermediary one. Oppo employs here a 2 in 1 plate technology that supports the panel. We also have a sliding frame that protects the Roll Motor and other components. Of course, this is just a concept and a prototype and it’s not close to commercial release just yet.

It may serve as the starting point for a potential future phone, like an Oppo Find X3 for example. Oppo X 2021 also uses a Warp Track, a lamination process with a proprietary technology, that involves mounting an extra mechanism at the base of the phone for extra resilience. It’s made of steel and measures just 0.1 mm in thickness. Oppo claims it has request no less than 122 patents for the development of the project and 12 of them are associated just with the rolling mechanism.

With LG also patenting a rollable phone, this may just be the next bit step after regular foldables.

About Kelvin
Passionate about design, especially smartphones, gadgets and tablets. Blogging on this site since 2008 and discovering prototypes and trends before bigshot companies sometimes
POCO M3 Renders Leaked, Looking More and More Like a Pocket Camera   OnePlus 9 Gets First Leaked CAD Render