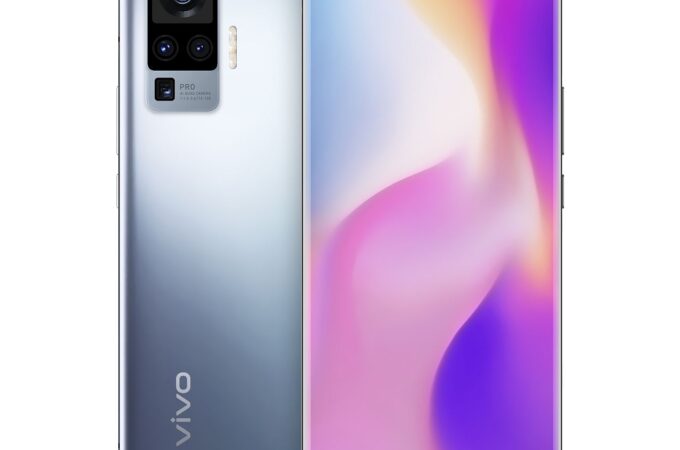 Turns out that Vivo and Oppo are two of the most innovative phone makers out there and Vivo in particular is set to take the world by storm. That’s because they’ve come up with a phone that uses a gimbal camera of sorts. Said device is dubbed Vivo X50 Pro and has leaked, with the leaks being turned into renders by Ben Geskin below.

Vivo has posted a teaser on social media site Weibo, explaining how the whole system of the Vivo X50 Pro camera works. The new camera module comes with a double ball suspension, which lets the image sensor pivot by about 3 degrees. The result? 5 axis image stabilization, which is 3 times better than the Optical Image Stabilization, apparently. There’s also no image distortion when using this so called “Micro Cloud Gimbal” system to record videos.

Apparently, this new system performs in excellent fashion in low light conditions and the camera provides up to 220% better photosensitivity compared to the Vivo X30 Pro. There’s also a ribbon cable that connects the sensor to the phone and it’s folded twice, in order to allow more flexibility in motion. The camera module is large, at 4.5 mm in thickness, but you wouldn’t tell, just by looking at the phone’s design. It also takes 363 mm square of space on the main board, which is gigantic compared to other handsets out there.

There’s also a comparison between this stabilization technology and other rival ones below. The design of the phone itself feels a lot like the Oppo Find X2 and OnePlus 8 upfront and from the side, while the camera design is like a combo of Huawei P40 and Galaxy S20+, albeit with a different lens placement. I’d say that this is some next level stabilization, but it all sounds very fragile to me. Even the slightest bump on the phone’s body may spoil the calibration of the gimbal, I think.