VR technologies in business use 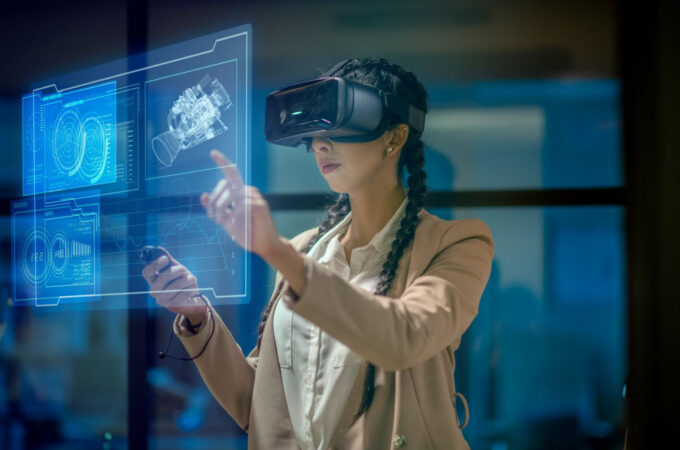 IT industry experts suggest that virtual reality will become a new tool for interaction with the audience. However, as with any new technology, it is not entirely clear how VR can be applied to business purposes. We found out how companies are using virtual reality technology now and what to expect in the future. Even online games go online. The main thing is not to forget to read Dragon Tiger rules to stay at an advantage.

Virtual reality – the future of the digital world

Nowadays, not only game developers and publishers believe in VR, but also companies that are not connected with this trend at first sight. As a result, virtual reality is already being used to create products and attract customers.

People like to learn and tell new stories, be part of them, and feel that they belong to a particular movement. It is why it is so essential for companies to be able to tell stories and build a loyal audience around them. For this purpose, various effective means are used, and recently virtual reality has become such a tool.

It isn’t easy to compare the level of involvement with anything else. VR is a real catalyst of experiences, where you can realize any fantasy, which is very important for storytellers. But will VR bring a tangible effect? Is it worth spending resources on research and development?

Ideas about virtual worlds have been around for a long time, but there was a need for platforms to implement them. And the technological base emerged not for specific tasks but through long experimental research.

Developers and content creators still don’t fully understand what they are dealing with and where it will take them. The development of VR now depends more on the gaming industry as the central area of application, but the tools are also suitable for a wider field of action.

The market for VR devices is divided into three areas: traditional computer systems for hardcore users, systems for Sony and Microsoft game consoles, and mobile systems.

According to BI Intelligence, there are 1.2 billion gamers worldwide, of which 1 billion are mobile users. So, not surprisingly, in the development of VR technology, the main direction is likely to be portable. But the game console market will also bring substantial revenues.

According to various predictions, virtual reality will become part of the mainstream in 4-5 years. By 2025, many people will have inexpensive mobile VR systems, which will expand the use of virtual reality in business, getting more accurate data and adjusting to different categories of users.

More and more applications will take advantage of the capabilities of virtual worlds. However, for serious success in this area, it is necessary to prepare now, which is what companies in various industries are doing.

It is worth noting that virtual reality is not equally applicable everywhere. For example, few people want to wander through a virtual supermarket searching for the right products. But it is quite possible and helpful to spend time, for example, choosing and trying on virtual clothes to order their real version afterward.

There will also be a new way to conduct negotiations or meetings in a shared virtual office for those who live in different parts of the world or are absent at a particular moment.

But is it essential to use virtual reality for this? Maybe we should do with the usual solutions?

Pioneering companies in VR have already begun to answer this question, primarily for themselves.

Travel gives people an exceptional experience – a sense of the unknown, exploring, and discovering new places and environments. It is what the travel business is based on, and it is essential for companies, even at the stage of attracting people, to give them a taste of possible adventures, to show options of places where they can go for positive emotions. Virtual reality can help with that today.

It is an option that Mariott also believes in – they intend to use VR to create free virtual travel examples. This year they introduced the VR postcards project. Visitors to Mariott hotels can watch scenes in the Chilean Andes, on the streets of Beijing, or in Rwanda with GearVR glasses. Unfortunately, VR video capture technology is only available to a limited number of professionals. Still, in the future, perhaps many tourists can share their experiences in a similar format, which could attract even more people to travel.

Youtube has added the ability to post 360-degree videos that attract viewers due to their relative novelty, interactivity, and uniqueness of content. It’s a welcome addition for those looking for new ways to connect with potential customers. Facebook is also working on adding videos of this format to its site, and a standalone iOS and Android app are expected to be released in the future.

The number of examples of virtual reality as a marketing tool is growing. Even live roulette online India has their platform to play in virtual reality.

DIRTT (Doing It Right This Time), a design and construction company, uses Oculus Rift to demonstrate its projects to clients virtually. It allows them to make decisions before construction begins and avoid possible mistakes or inconveniences that used to be much harder to identify.

In 2016, a new version of Valravn’s “roller coaster” will open at Cedar Point amusement park, surprising its height and speed (screaming loudness). In addition, Cedar Point has introduced an app in which you can already try a ride on the virtual version to attract visitors.

To promote Nutri-Grain cereal, Kellogg’s uses an iOS and Android app with some extreme VR videos and offers to assemble the glasses from a leftover cardboard box using instructions.

The Los Angeles Philharmonic Orchestra uses virtual reality to introduce people to classical music and promote its concerts. An excerpt from the orchestra’s performance, recorded with unique cameras and microphones, will be available in the format of an application for Oculus Rift and GearVR. Meanwhile, a specially equipped truck rolls around Los Angeles, where those who wish can attend a virtual concert of Beethoven’s music.

According to some reports, creating promotional materials for the VR format is not more expensive than shooting a standard promotional video. Still, it all depends on the purpose and direction of the application.

There are already companies that base their business on VR technologies.

SpaceVR is preparing a video streaming service from the International Space Station. They have designed a unique system of cameras for shooting and live streaming videos with a 360-degree view. So everyone can subscribe and go on virtual space excursions, look at the Earth from space, feel like an astronaut and watch scientists working on the station.

Vrse is the company of Chris Milk, a filmmaker known for his music videos and interactive experiments at the intersection of different media. The project brings together teams of creative professionals and technicians who create tools and content for VR. They work on short films, experimenting and trying to create a new version of storytelling. Their work is helpful for journalism, direct engagement with social issues, and possible product promotion.

About Kelvin
Passionate about design, especially smartphones, gadgets and tablets. Blogging on this site since 2008 and discovering prototypes and trends before bigshot companies sometimes
Sony Cyber-shot K8 2023 Is the Reincarnation of the Sony Ericsson K790/K800   As Phone Evolution Begins to Slow, What Comes Next