Who needs flexible smartphones, and what for? 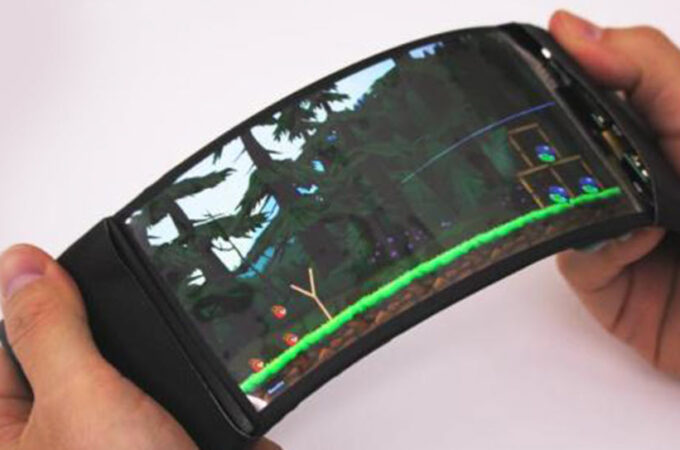 Flexible screens have long belonged to that particular kind of innovation, which has existed for many years as concepts, but serial models still do not materialize. And now it has happened – the first “bendable” smartphones from Samsung and Huawei have been on sale. It means it is time to understand how the technology has been implemented in the flexible display, what problems have followed the developers, and what chips they have managed to offer.

Such smartphones allow you to do basic things like play online casino india real money, make calls, text, listen to music, etc. But do you need a flexible smartphone for that? Let’s look into it.

First, designers and marketers saw flexible screens as an opportunity to create devices that can be unfolded. The idea is to have a compact device that fits in your pocket, but if necessary, transform it into a machine twice the screen size.

Another possible advantage is the creation of large multimedia devices with a roll-up screen, which could be rolled up and unwound, saving space without “spoiling” the modern interior. But, again, it is already available and on sale – roll-up TVs are produced by LG.

The non-linear shape of the screen can be helpful in the production of some “girdle” products, such as wristbands for wearing as a smartwatch on the wrist. Or for installing the display in some curved structures, such as a car torpedo.

As a bonus to the flexible device (as if by default), attached increased resistance to shock display. As a result, the soft screen should not break when dropped. Also, it should not break/crack in a jeans pocket.

If the flexible screen does not use glass (and there can not be any glass because of the known stiffness of this material), then in general, the device should become significantly thinner and lose a lot of weight. And for the same reason, the cost of a flexible display should be lower.

As usual, there should always be a couple of spoons of tar in a barrel of honey. But, unfortunately, the list of problems that must be solved was not so small.

The screen itself could be made flexible and work properly, for example, as a photo frame. But what about complex devices covering the entire body area (smartphones, tablets)? After all, it is impossible to bend the camera module, the speaker, or the chip with the processor and memory. And they have not yet invented flexible batteries, which are pretty significant.

A flexible screen will not have glass as part, which performs a protective and, if I may say so, shaping/carrying function to accommodate the thin-film transistors. Instead, a film should be used for external protection and a flexible polymer substrate as a substrate. Immediately several questions arise: how well the film will protect the matrix from mechanical damage? How quickly, after repeated bending and breaking, will it get damaged and lose its tightness? Can a functional oleophobic coating be applied, and how long will it last?

Of course, relevant for flexible matrices is the problem of reducing the permissible bending radius, as well as increasing the number of cycles before the so-called “artifacts” appear. However, the fact is that an ordinary, relatively flexible OLED matrix, even with one normal bend, gets damaged conductive layers and fails.

It also turned out to be very difficult to make the area of the screen constantly bending fully retain its touch-control abilities.

If a gadget with a flexible screen will have the form factor “clamshell,” how it achieve the durability of mechanical parts (hinges, hinges, loops) in the fracture zone? At the same time, it is necessary to implement a reliable mechanism for fixing the device in the unfolded and folded state.

Smartphones that unfold using this technology will have a screen with about twice the surface area. And that means the device will consume more power – you’ll have to fight for more battery life.

The essence of technology

Fictionists have dreamed about flexible screens for a long time. Technologists have been working on their development for decades but were always stumped by the need to use glass. Finally, the first more or less functional flexible devices were made using E-Ink technology. E-Ink paper is notable in that there are negatively charged light particles inside the silicon sheet in capsules of dark oil. Depending on whether the voltage is applied to a particular capsule pixel, the user will see it as either white or black, so the characteristic look of black and white text/image appears.

At first, “electronic ink” was used to make readers with glass substrates, then they learned how to put plastic as a substrate, which allowed the creation of screens in the form of a flexible polymeric sheet. Then there were different devices with curved screens, like bracelets. However, competing with conventional displays of electronic paper could not – primarily because of the unacceptably long refresh time of the screen, which makes it impossible to interact with devices on E-Ink fully.

Foldable smartphones from Huawei and Samsung

So, in 2019, sales of the long-awaited Samsung Galaxy Fold and Huawei Mate X models started.

We are faced with devices that can be used simultaneously as smartphones and tablets. In its unfolded state, the Galaxy Fold device has an AMOLED screen diagonal of 7.3 inches, and the Mate X displays 8 inches. By the way, the manufacturers warn that in the middle of the flexible screen can be seen traces from the folding of the device – this is a normal phenomenon for it.

Both devices can hardly be called fully flexible – they are precisely foldable; that is, they consist of two halves, united by hinges with a locking mechanism. Nevertheless, the engineers have worked out the bugs – after the first unsuccessful tests, the design of the connection module was improved, and now we are promised up to 200 000 smooth closings and openings. 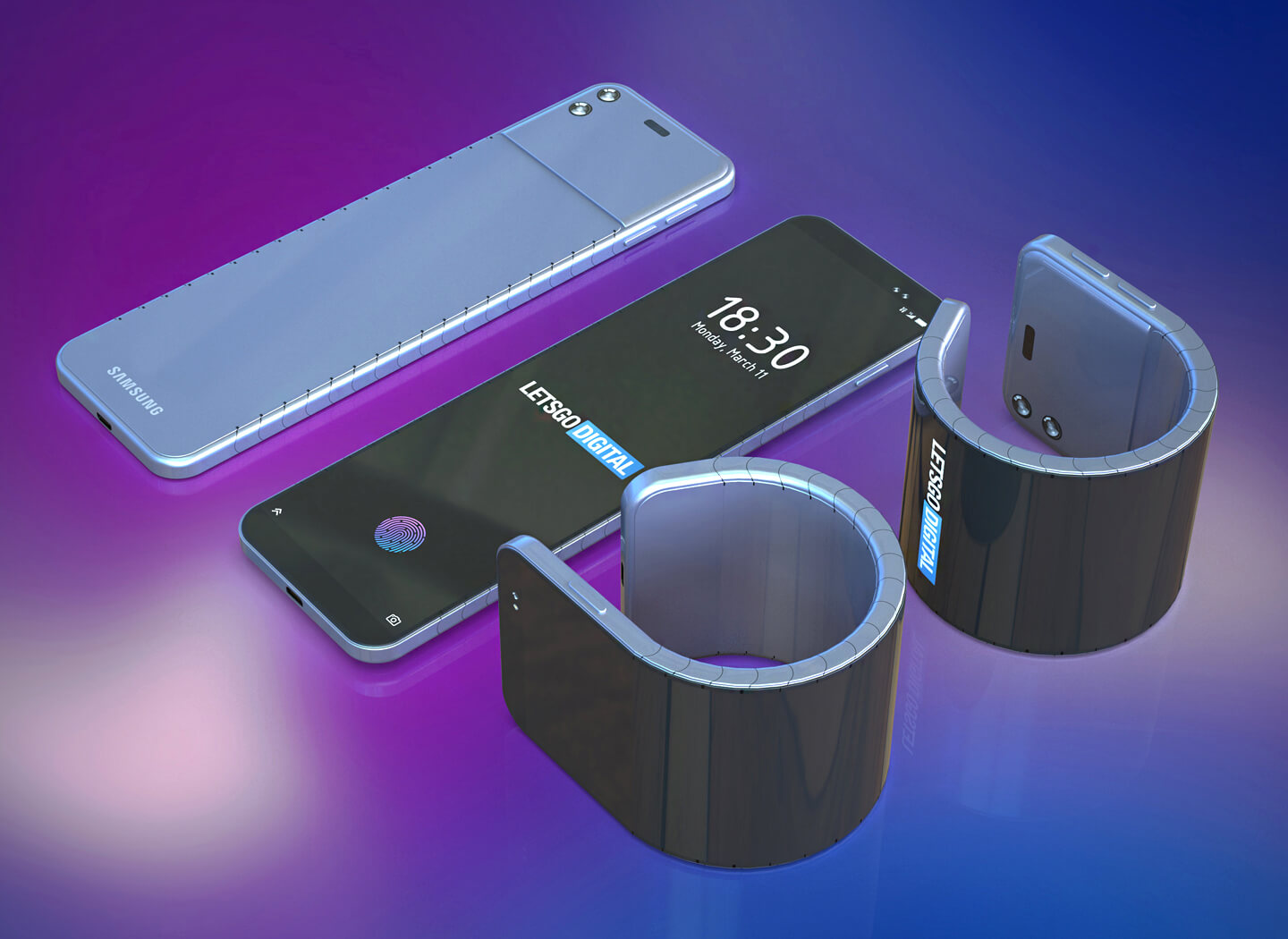 The unfolded screens, almost square in shape, are well adapted for working in several windows with several applications. In addition, the applications are easily and quickly transformed to a smaller screen when closing the device.

The battery in both devices is implemented double (one battery was placed in each half of the “book”), the total capacity is 4380 in the Galaxy Fold and 4500 mAh in the Mate X. As a result, the devices provide up to 13 hours of the Internet (via Wi-Fi or LTE) and up to 20 hours of video playback. So naturally, they have fast charging and several innovative power-saving systems.

In terms of performance, cameras, connectivity, and design – here, as they say, it’s full of stuffing. Engineers corrected most of the shortcomings identified in the raw test specimens. Although to make more or less valid conclusions about the reliability and practicality will be possible after some time of using the production models by ordinary users in actual field conditions. While not relatively humane, the price (over 2 thousand dollars) for these flagships must go down when a little excitement passes and the company pioneers at least a little “recoup” the development cost.

For now, bendable smartphones, picture frames, and roll-up TVs look like the apotheosis of flexible screens. But it may well be that this is not the limit; time will tell.

About Kelvin
Passionate about design, especially smartphones, gadgets and tablets. Blogging on this site since 2008 and discovering prototypes and trends before bigshot companies sometimes
The bitcoin crypto and its benefits!   Samsung Galaxy A54 Renders Leaked; What’s New?