Sadly, the alliance between Microsoft and Nokia means that we won’t be seeing MeeGo so soon, so we’re left with concepts taking over. Jozef Kocúr created an interesting MeeGo OS concept for Nokia tablets, that you can see below. This UI borrows a bit from webOS, Maemo and the previous versions of MeeGo showcased at trade shows. 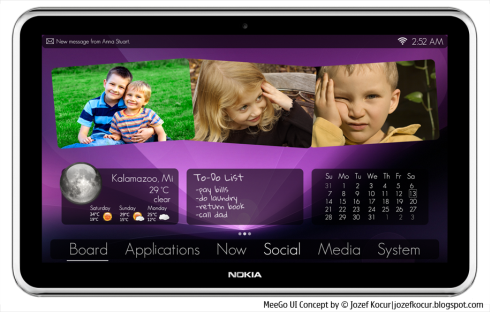 It’s based on side scrolling and columns, plus a main section of features (Now, Applications, Board, Social, Media, System). If this interface becomes real, expect it to make Windows Phone 7 and Honeycomb forgotten and I’ve used these examples, because I consider them to be the most advanced at the moment, when it comes to design.

iOS is also pretty cool, but Apple has to come up with some new, or it will be left behind by Android. MeeGo looks excellent, especially in Jozef Kocúr’s design, so it would be a pity for Nokia to abandon it. Let’s hope that this doesn’t happen. 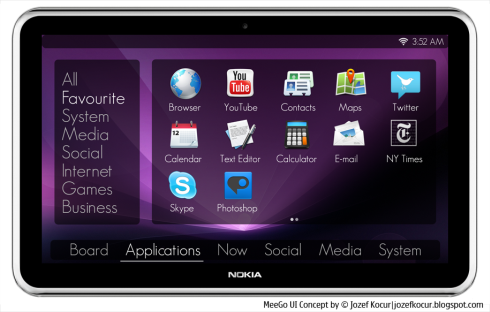 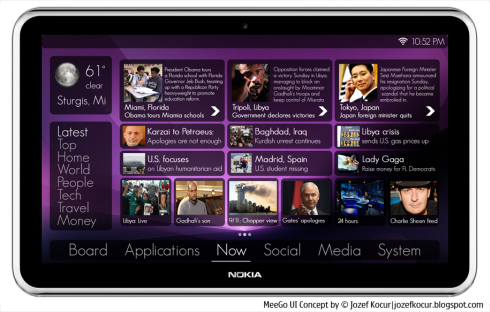 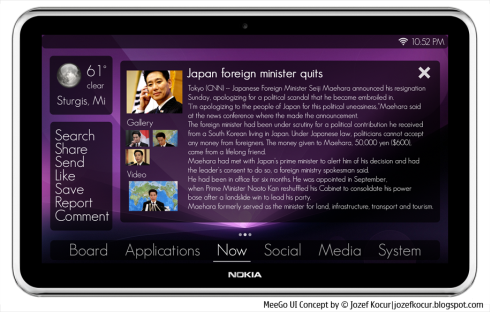 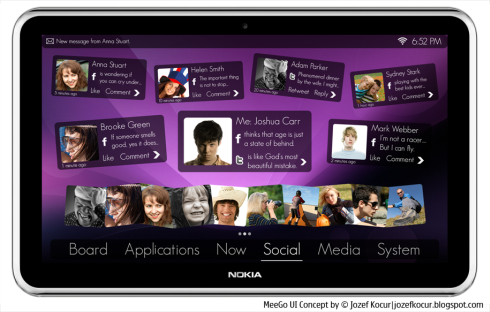 About Thrystan
Xperia Shot is the Follow-up to the Satio; Runs Android 2.4 and Uses BRAVIA Tech   Xperia Flip Teaser Reveals a Good Idea