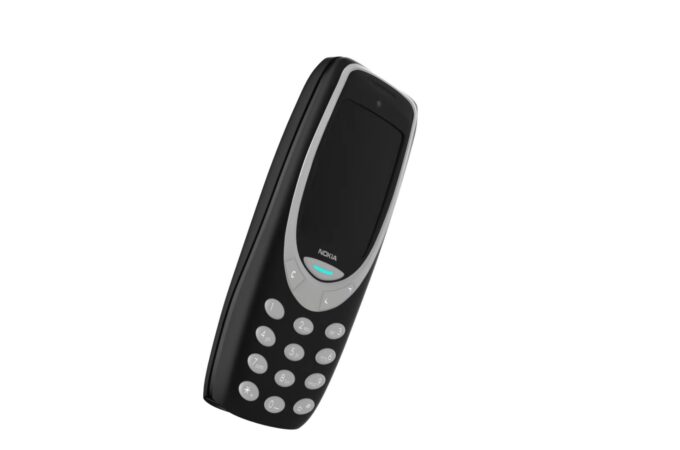 Concept Creator, one of my personal favorite designers is back and this time he’s also bringing back the Nokia 3310. The device already got a 2017 edition, but I feel it could have been better and smarter. This time we get to see the Nokia 3310 2020 edition, which is created from scratch by the designer.

Interestingly, I’ve seen this talented concept maker also showing us his process in the YouTube videos on his channel, for the past few concept phones. The core design of the original model is kept, but somehow “amplified”, by more complex lines and arches. The design feels sleeker and less “brutal” than before. At the same time it’s more colorful and gets more joyful hues. I particularly like the white and blue accents version of it. The keys are well separated and domed for a comfier input.

It’s still a phone with a detachable battery and it also gets an audio jack and a singular back camera. Resilience is obviously a strong suit here and I imagine that it doesn’t quite jump to Android yet, running KaiOS at best. I also envision it as having a microSD card slot and being used to play songs and some FM radio. Minor social networking may also happen plus a few other basic features. I also feel that the device has ballooned a bit and it’s beefier now, while at the same time retaining the iconic “coffin-like” format.

The extra color accents on the side and highlighting the screen are a good idea, but maybe without them the phone will look even sleeker and more minimalistic. What do you think?

About Kelvin
Passionate about design, especially smartphones, gadgets and tablets. Blogging on this site since 2008 and discovering prototypes and trends before bigshot companies sometimes
Ben Geskin Reveals the 2021 OnePlus Concept, With Two Camera Designs   OnePlus Community Gets to Draw the Next Phone; Here are a Few Designs