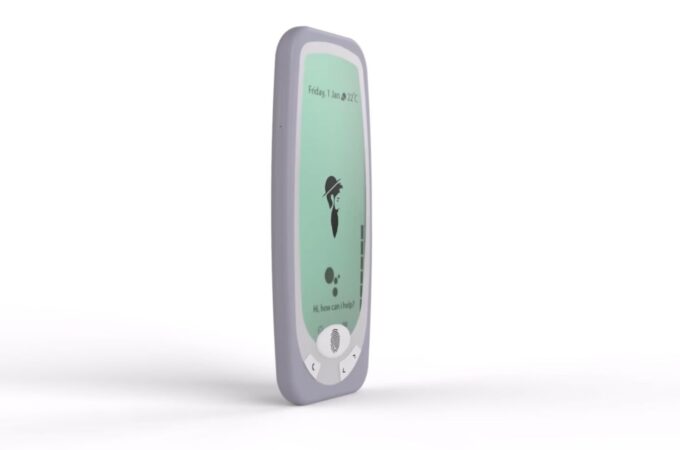 It’s that time of the year again, when people start dreaming of unrealistic concept phones. Today’s model is the Nokia 3310 (2021), the creation of R K Sharma who envisions a more modern twist on the early 2000 Nokia classic. We also had a remake in 2017, pretty well received I may add. Let’s see the new concept Nokia phone.

Nokia 3310 (2021) is obviously made of plastic and keeps the “soap bar” format it had before. It also feels a bit like the Samsung Corby, if anyone remembers it. Unlike the 2017 unit, it now has a fingerprint scanner and a larger display, albeit with an atypical format, elongated and curved on the sides. It also gets a singular back camera with LED flash, plus a few buttons upfront below the fingerprint scanner. At the bottom we find a speaker, audio jack and USB port.

The bezels aren’t that thick, considering what phone we have here and there’s even a twist at the end of the concept video: a pop up selfie camera, if you can believe it. That automatically demotes the handset to a more fragile machine, that probably can’t take the same amount of punishment as its predecessors did. It does look like it’s solidly built and grippy, I have to say. Price this around $50 and you may have a winner. I expect either Android Go on board or maybe some sort of KaiOS spinoff, with Whatsapp and Facebook and a Google Maps app.