There are 3 major Nokia leaks that must not be overlooked, specially now that Mobile World Congress 2009 took off in style. First, there are 2 neat touchscreen handsets leaked in a N97 presentation video, Ivalo and Madeleine, pictured below. Then there’s Nokia N86, the company’s first 8 megapixel cameraphone. 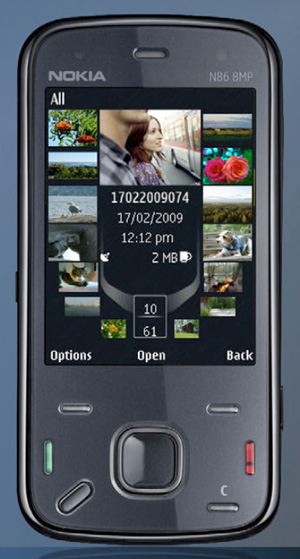 Moving on to the hot leaked Nokia cameraphone, N86 (above) surfaced by mistake in a press document that covered the Nokia-Carl Zeiss partnership. It packs an 8 megapixel camera, a Xenon flash and a display that’s too small to be a touchscreen. Will any of these devices get launched at MWC 2009? There are three more days to find out!