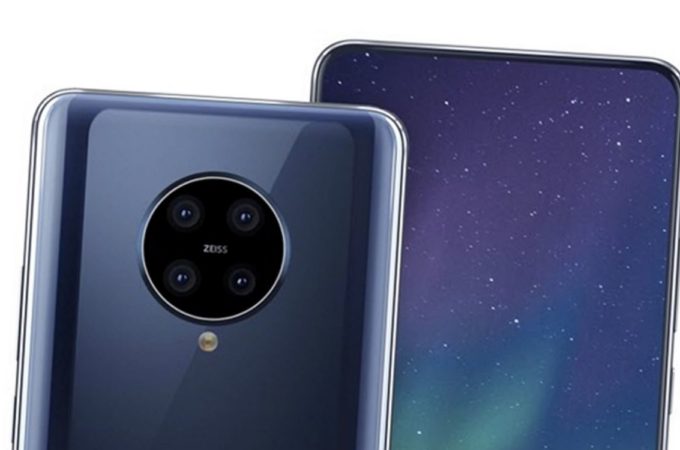 Nokia just announced it was going to move its launch event to March 19th in London, the one cancelled from MWC 2020. On paper we should see the Nokia 9.2 Pureview there, but too many rumors are claiming it’s not yet ready. What IS ready is a brand new render of the flagship from Ben Geskin.

He tried to fix the camera of the Nokia 9 Pureview, with the “Oreo” approach. The problem is that it didn’t work well on the OnePlus 7T, as JerryRigEverything showed. The big hole in the back glass made everything prone to breakage, coupled with an uninspired positioning of buttons. Somehow Mate 30 Pro didn’t have that problem, even though it had its own “Oreo”. Nokia 9.2 Pureview also ditches all bezels from the front and I can’t quite seem to spot the selfie camera.

It’s either below the display or in a pop up mechanism. The main camera downgrades from Penta to a quad shooter, this time with rumored 13 MP shooters. Hopefully paired with telephoto, ultra wide, Bokeh or maybe even Macro lenses. From what I’ve heard the selfie cam is integrated in the screen and it’s come a long way since Oppo’s attempts at it. The physical keys are all on the right side. To be honest the back side feels a lot like the Nokia 9 Pureview, but with a different camera setup.

Expect 8 or 12 GB of RAM, a Snapdragon 865 processor and Zeiss optics, even though Sony also has them now on Xperias…

About Kelvin
Passionate about design, especially smartphones, gadgets and tablets. Blogging on this site since 2008 and discovering prototypes and trends before bigshot companies sometimes
Motorola Edge Plus is Much More Than Meets the Eye   iPhone 9 Trailer is So Well Done It’s Unreal