Bob Freking brings us a brand new Nokia concept called Nokia Zero, one focused on a very evolved camera. It’s still Pureview technology, but it has reached phase 3, according to Bob Freking. The handset has a huge sensor at the back, that’s truly highlighted and set apart from the rest of the case. 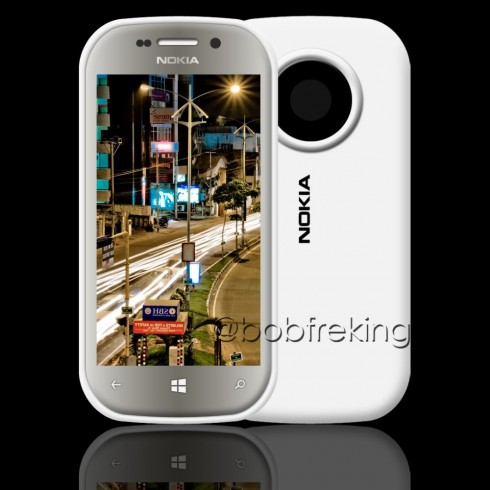 The camera uses a 41 megapixel sensor with Carl Zeiss lens and oversampling technology. It provides lossless zoom and optical image stabilization, plus it helps achieve stunning low light photography. Upfront we’ve got the classic 3 Windows Phone buttons and I can imagine that this model runs Windows Phone 8 or maybe even WP 8.5. There’s also a big speaker at the back and also a big flash, maybe a Xenon one or maybe better. In order to fully process the high res pictures made with Nokia Zero, the device would get a quad core Snapdragon S4 Pro CPU, I guess…

I can also envision this model as having 2 GB of RAM, 64 GB of storage, a 4.5 inch 1280 x 768 pixel display and some innovative augmented reality apps and camera apps. Since the photo taking is so evolved, photo editing would also evolve to new heights and maybe we’ll see a Metro UI version of Photoshop Lite. Anyway, Nokia Zero makes a lot of sense for the future, maybe for 2013, so good job Bob Freking!