After the Google Edition of the Lumia 1020, here’s another Nokia with Android. This time it’s a console phone, that’s part of the N Gage series. The design is based on the ideal gamepad and includes a bunch of action buttons, a D pad and analog area. 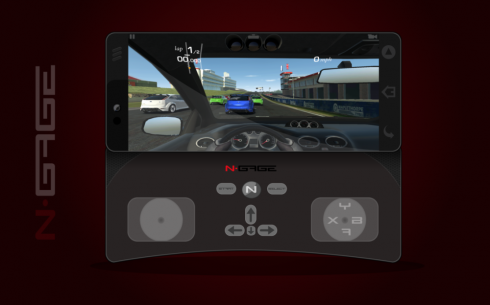 This is a sliding device with an elongated front side and a diagonal that I suppose could be 5 or 6 inches. This project was created by Deviantart user Maxwwy and while it may be simple and minimalistic, it brings us the year old question: why did Nokia give up on such a loved console? They were even going head to head with Gameboys at some point and then they quit.

Nokia’s 2013 N Gage concept seems to be more of a response to the DS than to the PS Vita. It would have to have great processing power, maybe through a Snapdragon 600, 2 GB of RAM, maybe some shoulder buttons and 32 GB of storage. The thing is that the Xperia Play was a bit of a failure and Nokia wouldn’t want that to happen to them, too, so maybe that’s why they don’t risk making this product.

About Thrystan
iPlay Gaming Console is Based on the iPhone   Nokia Lumia 1020 Gets Google Play Edition With Android 4.3, Remains a Dream