Nokia Gaming Device for The Elderly, Older Than the PSP?

This project had designer Amber Chamberlain as a member and it turns out that his group assignment was mentioning a modern gaming device, even before the PSP surfaced, since the concept dates from 2003. Imagine a cellular wireless product meant for the elderly… Imagine that it keeps them in touch via simplistic games, it keeps scores, game conditions and other data, no matter where the players are located. 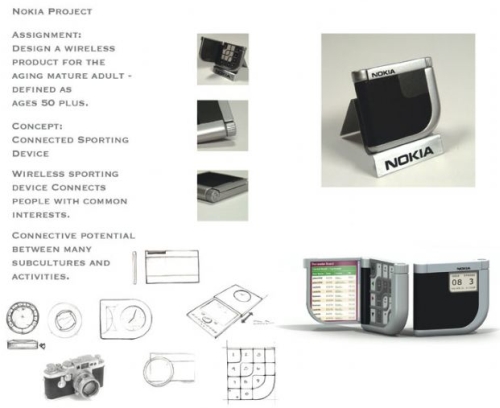 We’re talking 50 plus demographics… What type of games would these people play? Something tells me that this idea would appeal to the younger public as well. What do you say?