Designer Sujau has rendered the already famous Nokia Lumia 1530 in a new modern flavour, that’s shown in the beautiful shots below. The design feels a bit more fluid this time and the edges are totally curved. 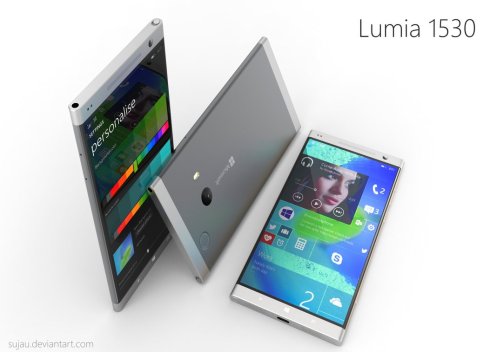 There’s even the temptation to believe that the screen is gently curved on the sides, but that’s only an optical illusion. The handset is slim and it seems to be made both of metal and polycarbonate, but there’s also a pure polycarbonate version, the more colourful one. Deep color personalization is shown on screen, but the camera seems rather modest, with a smaller sensor and pretty small flash.

We still have a camera button in the mix, a big one this time and the volume buttons totally feel like the ones of an iPhone 6. Speakers are placed at the bottom and the combo of gold + silver and black is brilliant here. As you can see, the front part with the screen is gently curved, but only the glass part that doesn’t show info gets the curve. I guess we’re only one step away from a curved screen Nokia Lumia… Specs? Snapdragon 805 or 810, 20 MP or more camera, 2 or 3 GB of RAM and 32 GB of storage. 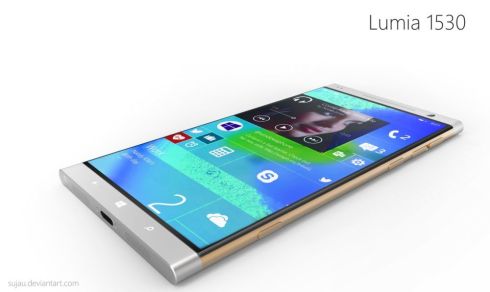 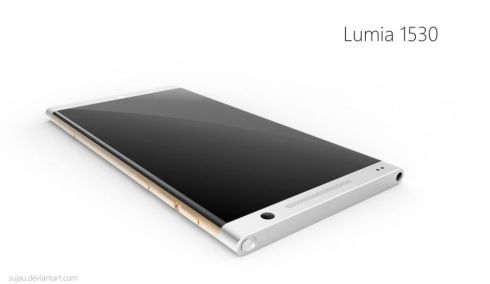 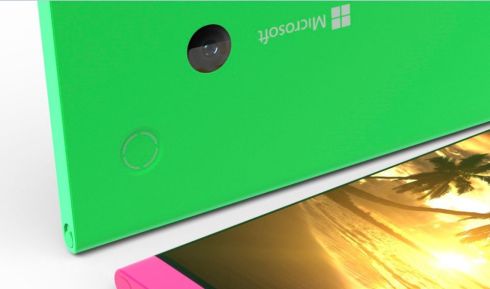 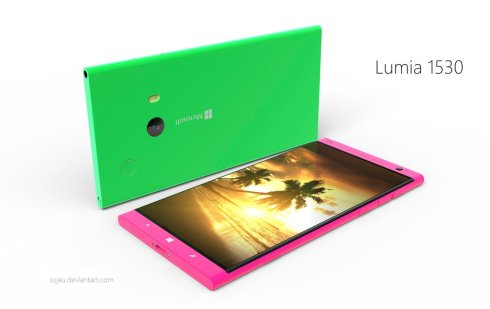