Deviantart member DutaAV created a new Nokia concept, the Lumia 750, that’s inspired by the design of the Lumia 720. As you probably know, the Nokia Lumia 720 is some sort of a cheaper version of Lumia 920, that keeps some of its goodies. 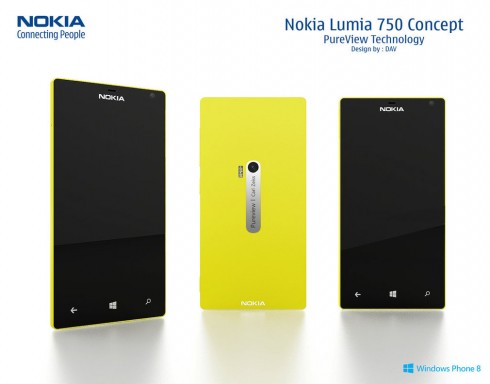 Back to the Lumia 750, the device adopts a squared look and it comes with a camera centered at the back, a Pureview camera actually. The device is much less wider than the Lumias we’re used to. If you allow me to speculate and include some specs, I’d say that this smartphone comes with an IPS LCD display with a 4.3 inch diagonal and HD resolution, plus a dual core Snapdragon CPU, a slightly superior version to the one of the Lumia 720. 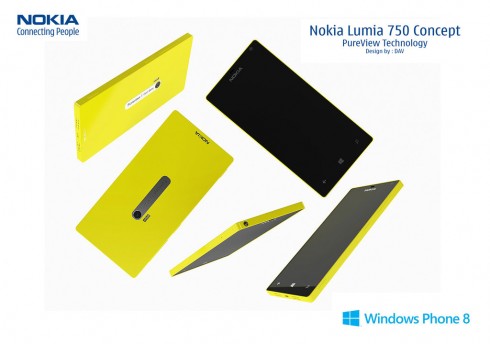 There’s also 8 GB of storage, 512 MB of RAM and a microSD card slot, plus an 8 megapixel Pureview camera instead of the 6.1 MP cam of the Lumia 720. The OS of choice may even be Windows Phone 8.1 Blue, since it’s coming in about two months. What do you think of these slight enhancements? Doable?