Deviantart user nik255 recently submitted to us the Nokia Lumia 955 concept, that’s supposed to be a “Windows PRT” device, supposedly the next Windows for ARM version being on boar. The idea is that instead of Windows Phone and Windows RT you get Windows PRT, a combo of them. 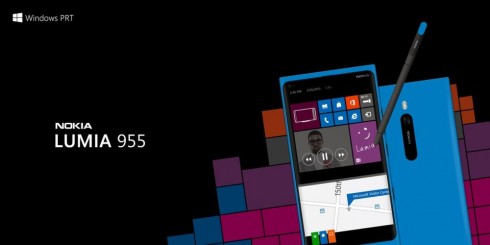 The OS brings higher resolutions, digital ink feature, more tile sizes and an integrated desktop environment. The latter will allow the user to rely on the phone/tablet as a computer and run apps in the classic windows mode, with display, keyboard and mouse, plus customization options.

The Nokia Lumia 955 concept packs an Nvidia Tegra 4 processor, 2 GB of RAM, a 5.5 inch PureMotion HD++ display, with 1920 x 1080 pixel resolution and a 3.600 mAh rechargeable battery. There’s also microSDXC on board, USB 3.0, a Mini DisplayPort (Video), WiFi and Bluetooth 4.0. At the back we’ve got a 16 megapixel PureView camera and the device comes in 16 GB, 32 GB and 64 GB versions. The digital ink stylus feature will allow you to take notes, as shown in the picture above.

About Thrystan
Yanko Andreev Presents: The Surface Phone Concept of 2013   LG Optimus Prime is Everything that the Galaxy S III Could Have Been (Video)