Designer Tristan came up with a Nokia tablet concept that we’ve seen before, or at least the form factor looks familiar. I’m talking about the Nokia Lumia Coffee Tab, that looks like an enlarged Nokia N9 and runs Windows 8. This model is placed near coffee beans on a table, so instead of having a coffee table advertised we have a coffee tablet. 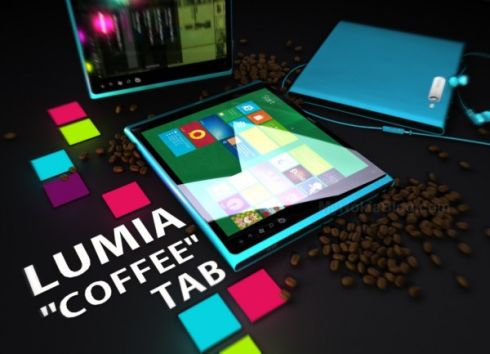 The Lumia slate comes with a 1.4 GHz CPU, 512 MB of RAM, 16 up to 64 GB of storage, a 9.7 inch AMOLED ClearBlack display with 1280 x 800 pixel resolution and an 8 megapixel camera. There’s also a 2 megapixel camera upfront as well as WiFi and 3G among the specs, in the connectivity area. The device seems to be bundled with the Nokia Purity headphones and its specs remind me more of a classic Windows Phone handset than a tablet from 2012. Well, this Nokia tablet design isn’t totally impossible and since the Finns already have 3 handsets with the exact same design, why wouldn’t they apply it to tablets, too?

I’m also hoping that the Lumia Windows 8 Tab will not be bulky, as it seems pretty thick here. Expect the real thing to pop up this summer at Nokia Connection 2012, as hinted by some Nokia officials a while ago. 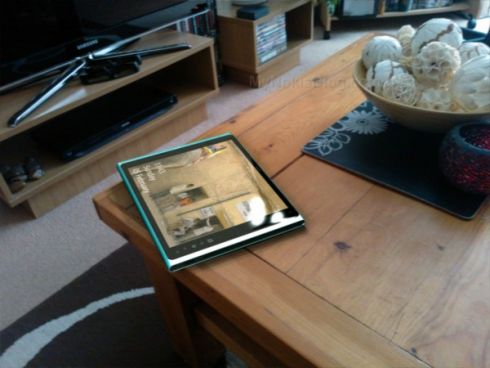 [via Tablet News and Mynokiablog]