This may not be much of a concept, but the idea behind it is great. We’ve already seen Android 4.0 ported to the Nokia N9 and now Deviantart use Slatd created this render that shows us a potential future Nokia model. Meet the Nokia N1, the very first model to run Android 4.0 ICS preinstalled. 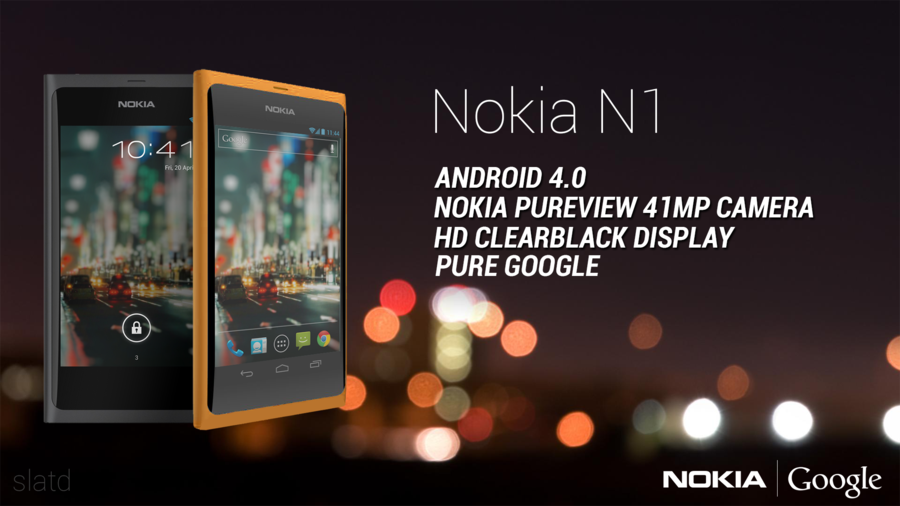 This phone comes with the 41 megapixel Nokia PureView camera sensor, a HD ClearBlack display and the pure Google experience. Since right now Nokia is teamed up with Microsoft there’s no way you’ll see something like this, but give  it some time and maybe Nokia will come around and get rid of Windows Phone. It’s interesting to see those capacitive buttons below the display on the device and they actually look pretty nice. The creator of this 41 megapixel Android cameraphone says that he took the Lumia 800 as inspiration.

So, this means we’re dealing with a 3.7 inch smartphone with upgraded resolution, probably the best pixel density out there since it’s 720p on a smaller than usual diagonal. I’ve seen a while ago some Nokia N9 clones made in China and they ran Android, so it’s actually possible to fulfill your fantasy of owning that shell for a device and with a custom OS of your choice.