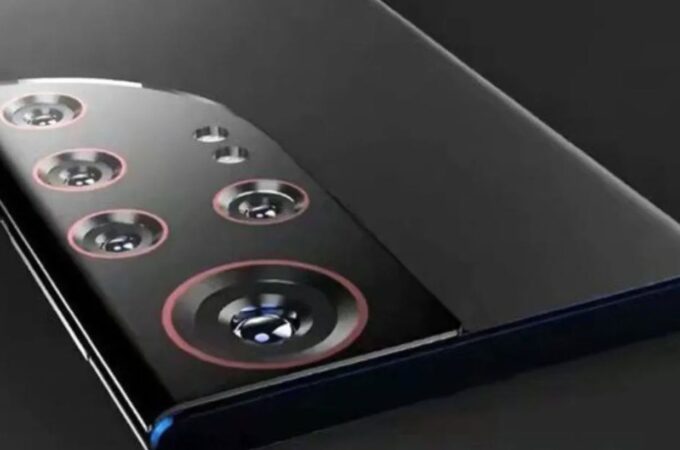 Nokia has stayed away from flagships for 2-3 years now, ever since the Nokia 9 Pureview, which was a flop. Now lo and behold, we have a Nokia flagship in concept format, continuing in the same vein with a penta camera. This Nokia N73 concept even has the brand new 200 megapixel camera from Samsung.

To make things clear, the Motorola Frontier debuts that Samsung 200 MP camera today, so Nokia doesn’t have the premiere. Nokia already launched a Nokia N73 back in 2006, but that’s a whole different ballgame. The device’s design includes a camera module similar to the S21 Ultra one, but the general vibe it gives is more ZTE-like, somehow. The camera module looks like a knife, maybe the sword that Cloud Strife uses in Final Fantasy VII.

The Nokia N73 has a Snapdragon 8 Gen 1 CPU, maybe even the Snapdragon 8 Gen 1+ processor, a 120 Hz OLED panel and 512 GB of UFS 3.1 storage. I see that the penta camera doesn’t include any periscope shooter, which is odd, but we may have cropping from the main 200 MP sensor. I imagine there are two telephoto cameras here, an ultrawide and a Macro or Bokeh. If this phone materializes there are two windows: Nokia N73 could come at IFA 2022 in September or at MWC in early 2023.

The red rings around the camera sure are interesting

About Kelvin
Passionate about design, especially smartphones, gadgets and tablets. Blogging on this site since 2008 and discovering prototypes and trends before bigshot companies sometimes
CBD for Depression: What You Need to Know   What Is CBD Topical Cream & How Does It Work?