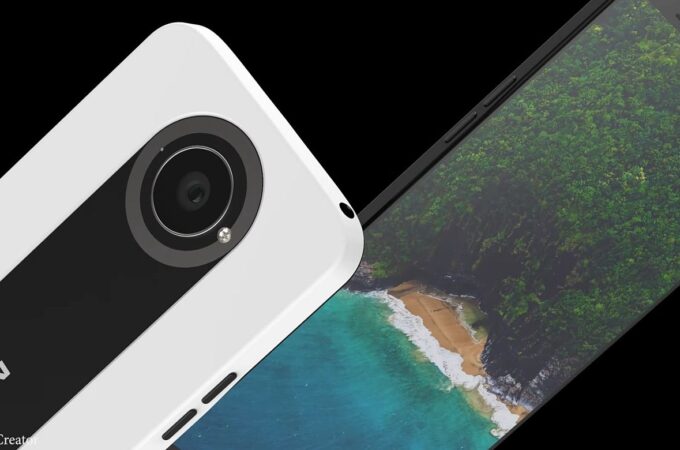 Concept Creator has been a staple among designers featured on this website and now he’s back with “fresh meat”. He seems to have a passion for music phones and thus he created the Nokia N73 Music 2020 Edition. What’s great about the concept video below is that the designer takes you through the whole process of the design.

We start from the inception of the idea, from the OG device and then we see what’s kept and what’s ditched on the 2020 model. We get to see both 2D pen and paper work and also some 3D editing sped up so you can really see the device morphing into reality. The art of a good music phone has pretty much died out, between the lack of new XpressMusic devices and Sony Walkman phones. I think that people would definitely pick one up if it met all standards.

For a music phone a big emphasis seems to be put on the back camera, a singular cam with a huge lens, or at least so it would appear at first sight. The Nokia N73 2020 Edition is shown in a majestic render, that features dramatic music building up and a huge amount of closeups. We get to see the device in white, black and a sort of dark red. The huge pair of front speakers feels to me like a sort of throwback to the excellent speakers on HTC devices about 4-5 years ago.

This definitely needs gimmicks, like 32 bit acoustics, ASMR recording like the LG Velvet has, some company like AKG, Harman, Waves, Dolby hooking up, plus a pair of more than decent headphones. We don’t have specs, but considering the design and especially the screen, this is probably an Android device.

About Kelvin
Passionate about design, especially smartphones, gadgets and tablets. Blogging on this site since 2008 and discovering prototypes and trends before bigshot companies sometimes
Harman Kardon Smartphone Concept Has a Huge Speaker at the Back   Samsung Galaxy S30 Plus Has a Multi Display Design and Penta Camera