Nokia Shows Its Sharpest Phone Sketches: You Pick One!

Nokia’s Design by Community initiative is back with 3 phone sketches, that show the future device that the Finns will turn into a real 3D unit. The design is subject to public vote over here, but you can leave an input in the comment section below, too, if you want. We remind you that Nokia’s designers have taken into account all of the public’s feedback and created these 3 handsets. 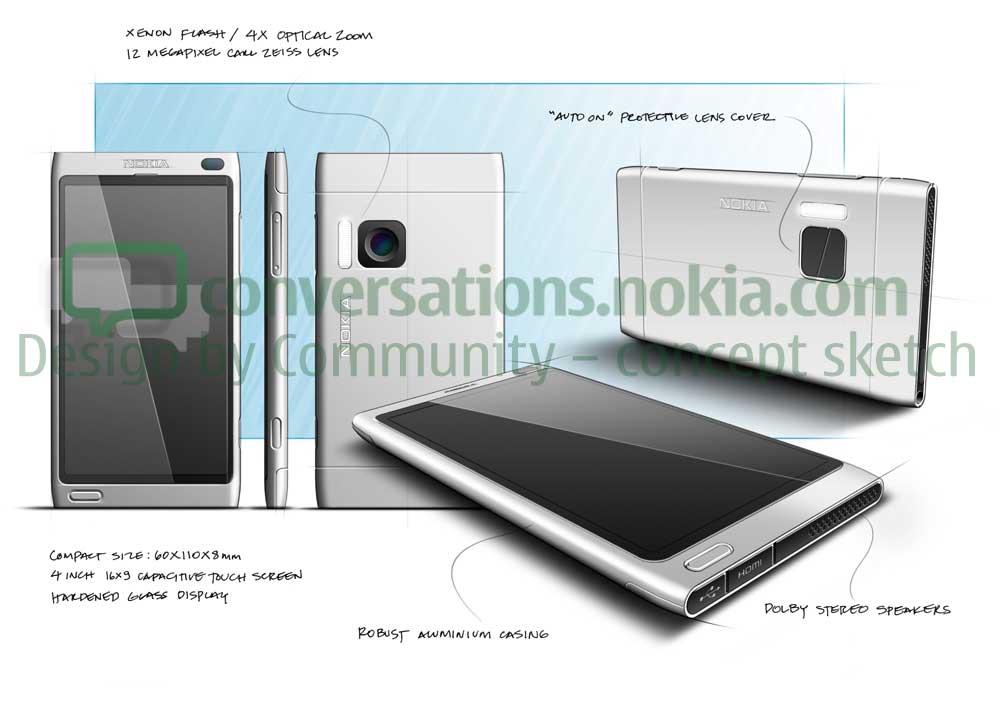 There was a specifications list to serve as a guide to the designers and it included a 4 inch capacitive 16:9 display, a monoblock shape, aluminium case, soft touch finish, super strength durability and an open source OS with multitasking (unlimited). 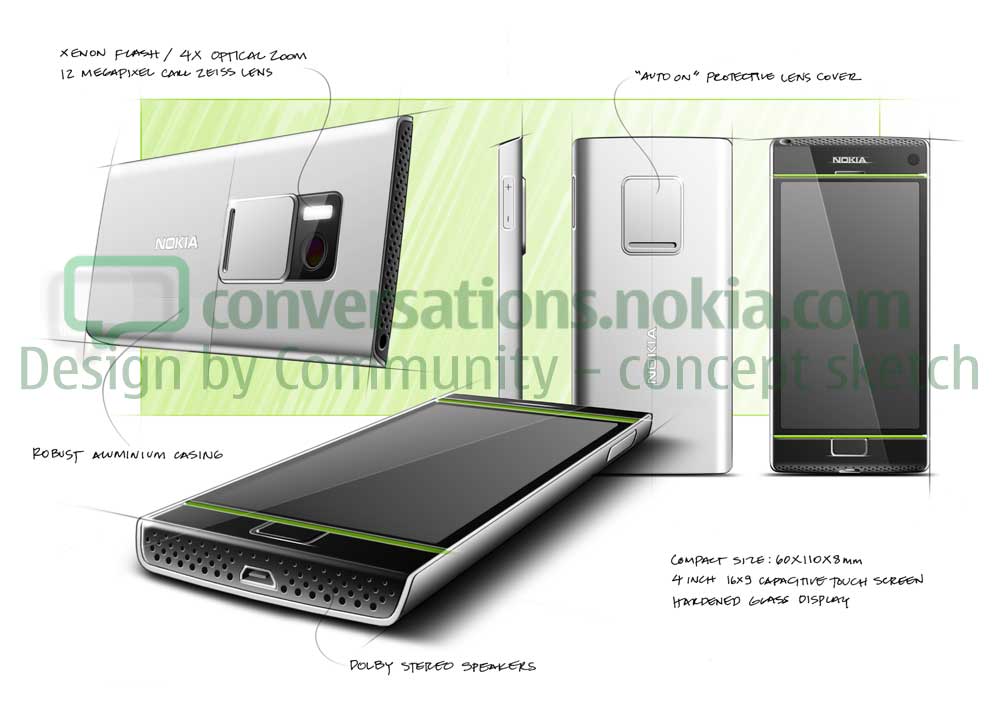 As far as the camera is concerned, there should be an 8 megapixel sensor incorporated into the phone, with 4X optical zoom, dual LED and Xenon flash, plus HD video capture. The enhancements section mentions a kinetic power booster, surround speakers, flash memory and an upgradable image sensor. Which of these sketches do you favour? 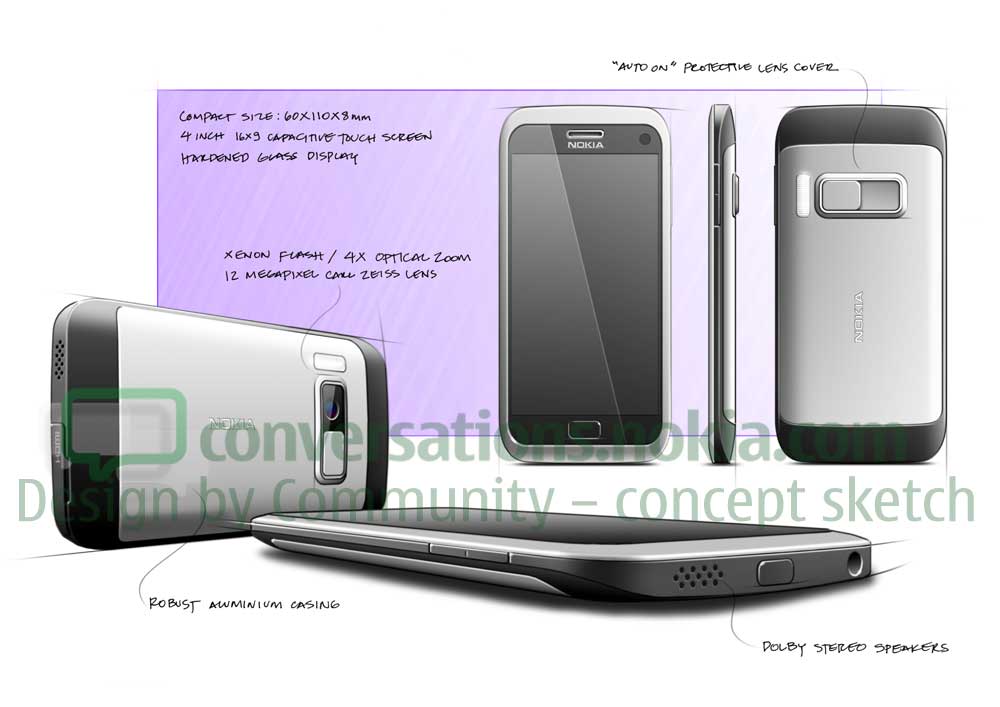