How about a Nokia Xbox phone? Dubbed the Nokia Atlas, this model was created by Bob Freking and it’s more of a list of specs and a shade of the handset than a real concept. We’re dealing here with a supposed project of Nokia, Razer and Intel, that give you the ultimate portable gaming experience. 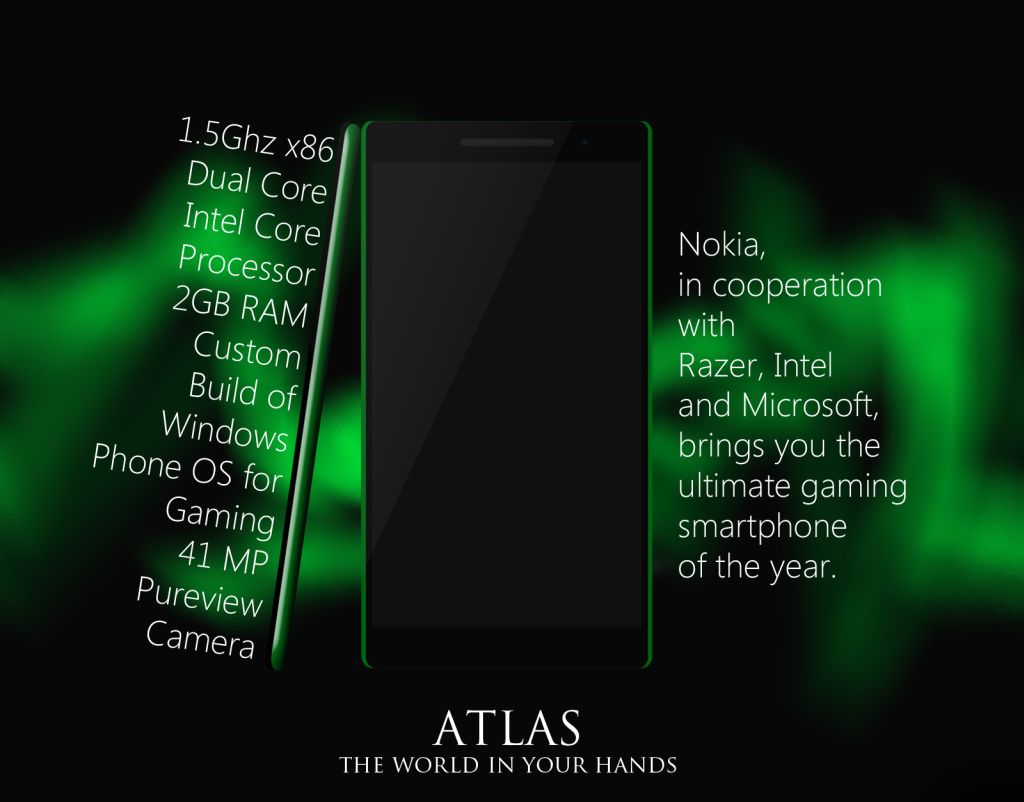 We’ve got a 1.5GHz x86 dual core Intel CPU, 2 GB of RAM and a custom build of Windows Phone, specifically created around the Xbox experience and focused on gaming. There’s also a 41 megapixel PureView camera at the back and I’m expecting a top notch screen here, maybe something like 4.5 inches Super AMOLED Plus with 1080p resolution, that would blow the competition away. Sony tried its hand at a PSP Phone and that didn’t work out so well, but if Microsoft, Nokia and Intel give it a go they might make it.

Let’s just hope that such a model won’t end up like the Microsoft Kin phones. And how about including Kinect on this Nokia Atlas smartphone? What do you say?