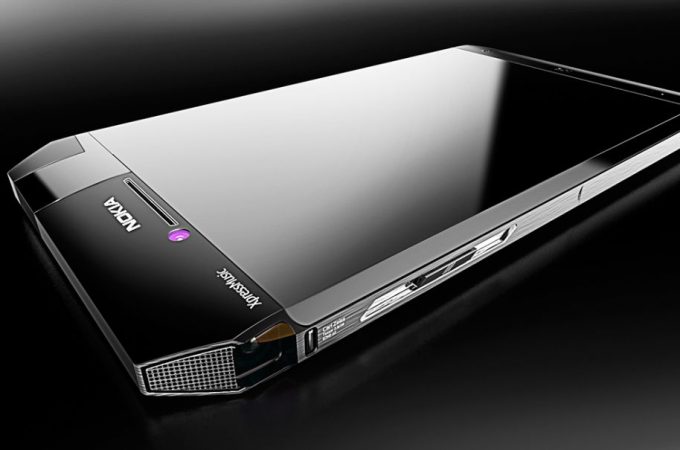 With Nokia returning to the smartphone market in 2017, there will be no shortage of appealing phones to dream at, from the Finns. Till then we take refuge in the past, as the XpressMusic branding resurges in the concept phone shown below. It’s the creation of Grigory Butin and it’s possibly the best Nokia concept I’ve seen in months.

It actually dates from 2014, but somehow escaped our radar. Of course, at first sight it’s a rather massive and blocky piece of metal shaped into a phone, but it’s also pretty badass. It’s a music phone first and foremost, with corner placed speakers, which I’m guessing can easily go past 100 decibels. It also has a Carl Zeiss camera, a Vertu-worthy metal chassis and it even opens up the screen part to reveal a QWERTY keyboard.

This makes it feel more like an E Series than an XpressMusic, but we’ll let that slide. The designer found it fit to make the device run Windows 10 Mobile, although Android is the most likely choice nowadays. We also get some headphones rendered here, with the same diamond-like pattern or maybe feeling a bit like laser rays criss crossing.

About Kelvin
Passionate about design, especially smartphones, gadgets and tablets. Blogging on this site since 2008 and discovering prototypes and trends before bigshot companies sometimes
Can’t Tell if This Dual Camera Leather Back Phone is Fugly or Not…   iPhone 8 Gets Teaser Trailer from ConceptCreator