Nokia’s Concept Phones of 2012 Are Ready, Courtesy of Provoke

Now that we’ve made plans for buying a Nokia Morph in 2010, we might as well get our future wallets ready for another high-tech shopping spree, as Nokia has revealed how its remote future will be looking like. Provoke Design is one of the most important Nokia design contractors and they’re exhibiting their handsets at the HARDCORE New Finish Design exhibition in New York. 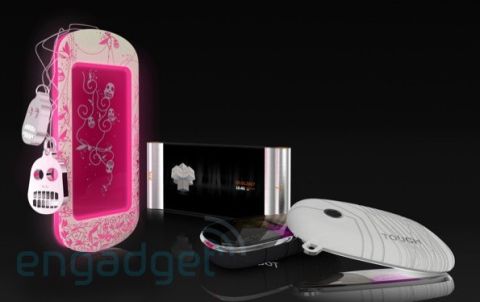 The event starts on May 17th and the phones you can check out above are the Express, Share and Feel, future Nokia phones. Don’t worry, there’s no specs list to contemplate, but rather generic definitions of the devices. Nokia Express will support intense customization, while Feel is designed for couples and has a kinky touch to its UI, as it comes with a sensual touch simulation mode.

Last, but not least, Nokia Share is apparently designed for unique groups like anarchists, who want to communicate according to their culture and habits, with the aid of codes.