Symbian Tablets and Netbooks Coming in the Near Future?

Symbian went completely open source these days and we’ve also found out that the platform will be used on netbooks and tablets in the near future. This statement was made by Symbian Foundation CEO Lee Williams and one such “device of the future” is pictured below. 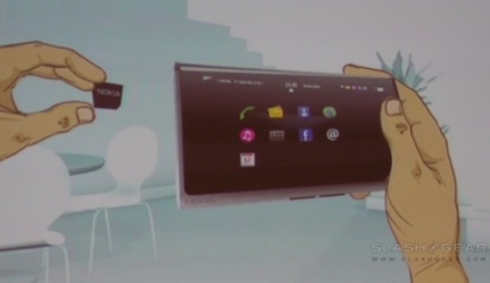 The portable gadget is part of Nokia “Vision of 2015” video, shown after the break, below. This clip includes a bunch of concepts and prototypes made by the Finnish company, probably meant to feature Tegra 2 and OMAP4 solutions. Word has it that Symbian was already ported to the Intel Atom processor, in a project called Wild Duck.

Since Nokia’s Booklet 3G is real, should we also expect to see a Nokia Tablet in 1 or 2 years?