Seems that most designers have 2 years in mind when creating the phones of the future: 2012 and 2015. After seeing 3 Nokia cellphones of 2012, it’s time to check out the Vertu line of 2015, which includes the Edge handset. This concept design was created by Samant Khanna and it’s a small 70 mm device with a touchscreen. 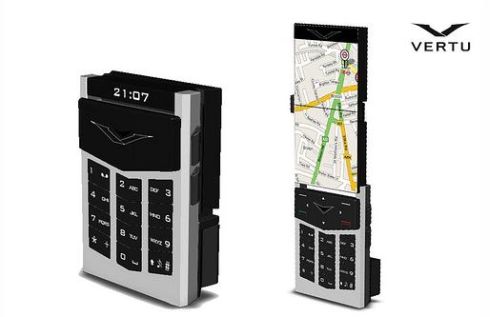 The Vertu Edge comes with a small frontal screen used for the basic functions and a foldable edge-to-edge touchscreen at the back of the handset. This can be folded upwards, converting Edge into a bar phone. The other specs are impressive too: built-in GPS, 16GB of internal memory, high-speed mobile broadband support and Office Mobile.

All of that is packed within a stylish handset, that I hope we’ll see on the market sooner than 2015.