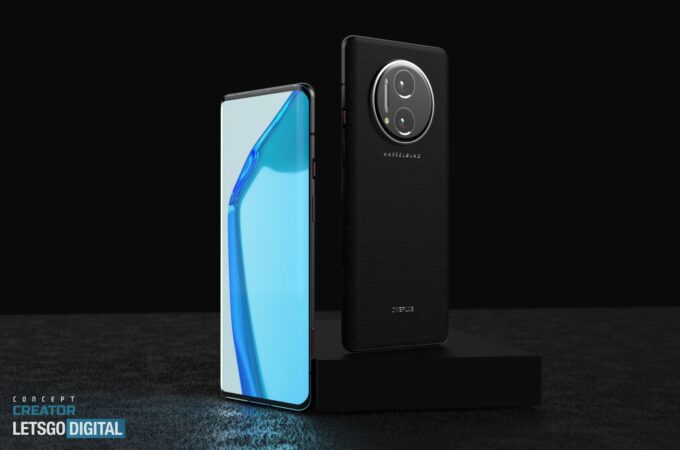 Concept Creator and Letsgodigital are back with a new OnePlus concept phone, one that banks a lot on the Hasselblad partnership. The OnePlus 10 Pro is supposed to be a product of 2022 with a new Hasselblad camera and a Bionic Lens, plus a Super Panorama. There’s even a video of it below.

OnePlus 9 and 9 Pro has been available ever since April and rumors now say that we won’t get OnePlus 9T this year. Now we’re talking about the OnePlus 10 Pro, which draws inspiration from the rumors. Graphic designer Jermaine Smit, aka ConceptCreator has made a device which we expect to see in March 2022. The OnePlus 9 Pro only uses Hasselblad as a brand some way of color calibration, but more time is required for the partnership to take off.

Jermaine has created a new flagship with a rounded, curved screen, an AMOLED with a 3216 x 1440 pixel resolution and 120 Hz refresh rate. It’s probably a 6.7 inch panel and we also get the classic Mute button on the right side of the device. There’s also a completely new selfie camera, placed under the screen, following what ZTE has been doing and also Samsung too apparently with the Z Fold 3.

Concept Creator has used a faux leather texture of the back of the OnePlus 10 PRo and also gave it a 1 inch large sensor with 108 megapixel resolution. There’s a chrome knurled ring around the camera module, inspired by the legendary Hasselblad 500c analog camera from 1957. We also learn about a Bionic Lens being on board, a T-Lens, which replaces the traditional coil motor to create faster autofocus. It takes less than a millisecond to focus, about 5 to 10 faster than a coil motor.

The idea is similar to the Liquid Lens on the Xiaomi Mi Mix Fold. The new Super Panorama feature will create better panoramic photos, stitching together images to create a wide panorama image. 140 degree photos are captured using a prism, so there’s no need to move the camera from left to right.

We also have a detailed video about the OnePlus 10 Pro concept below.

About Kelvin
Passionate about design, especially smartphones, gadgets and tablets. Blogging on this site since 2008 and discovering prototypes and trends before bigshot companies sometimes
OnePlus Concept One Smartwatch is the Perfect Wearable   Realme 8S Design and Specs Leaked; New Camera Design Incoming