OnePlus 8 Lite Shows a Return to Midrange Segment, With Plenty of Camera 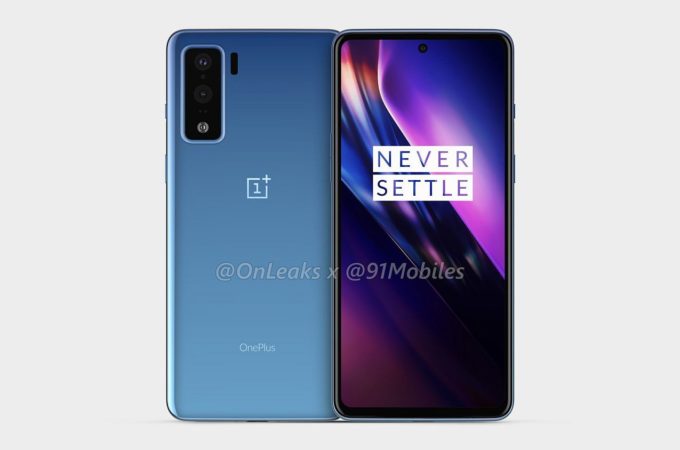 OnePlus never liked to experiment very much or get out of its comfort zone. They usually launch flagships, well a few of them actually, but a few years ago they got bold with a OnePlus X. It wasn’t a half bad phone and it had quite an appealing design. Now they’re venturing back into midrange, courtesy of OnePlus 8 Lite. The device has just been rendered by the usual suspects, @OnLeaks and 91Mobiles.

Somehow the two managed to once again score sketches and details for the upcoming phone. They also had some insight on the OnePlus 8 Pro, a few weeks ago. Now, the OnePlus 8 Lite definitely feels like the Galaxy S11, let’s get that out of the way. It also looks different compared to the OnePlus 8 Pro and OnePlus 8. For one, it comes with thicker bezels around a flat screen and with a punch hole in the center.

The diagonal is expected to be somewhere around 6.4 to 6.5 inches. There’s a curved glass panel at the back and a rectangular camera module in the top left corner, which includes two cameras and an LED flash, plus what seems to be a Time of Flight sensor. We can’t see any fingerprint scanner on the side or at the back, so it’s probably embedded in the screen again. OnePlus 8 Lite may come with a Snapdragon 7xx processor, maybe the 730G or a newer version, the 765 let’s say.

It also has an AMOLED panel with Full HD+ res and its body is thicker than the OP8 at 8.6 mm. OnePlus has been criticized for the high prices it has for its devices and a midrange phone may compensate for those big sums. People will finally get a decently priced OnePlus again. Any takers considering this design?

About Kelvin
Passionate about design, especially smartphones, gadgets and tablets. Blogging on this site since 2008 and discovering prototypes and trends before bigshot companies sometimes
Sony Xperia Zero is All Screen, Hexa Camera At the Back   Tesla’s Cybertruck Inspires the Cyberphone; So… Nope!