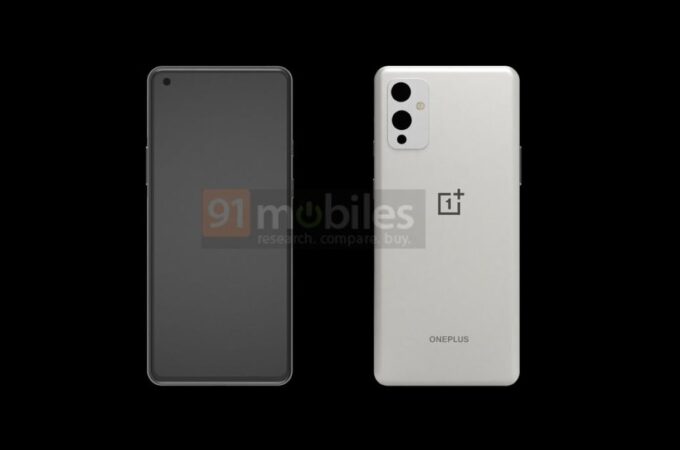 It’s not just the Galaxy S21 series that’s coming early next year, but also the OnePlus 9. Instead of April or May, it’s now supposed to arrive in March in 3 versions: OnePlus 9, OnePlus 9 Pro and OnePlus 9 Ultra. We have a render for the OnePlus 9.

These are CAD-based renders coming from 91Mobiles (reputed site and as far as I know also a retailer in India) as you can tell from the heavy watermarking. The design is inspired by OnePlus 8T and also feels a bit similar to the Galaxy S20 FE, if you ask me. The triple camera module is atypical and it features two larger lenses and a smaller one.

The third sensor could be a LiDAR, if everyone starts copying Apple again, or maybe just a Bokeh, Macro or ToF sensor. Specs-wise the leaks mention an AMOLED 120 Hz screen, or even 1444 Hz according to some sources. There’s also talk of a Qualcomm Snapdragon 875 processor, 8 GB of RAM and 128 GB of storage, plus 5G connectivity.

The battery should be a 4500-5000 mAh unit with up to 65W charging. As usual the Snapdragon 875 CPU may push the price to quite a higher level. I sure hope we won’t up with a plastic back here, like it’s rumored for the vanilla Galaxy S20.

About Kelvin
Passionate about design, especially smartphones, gadgets and tablets. Blogging on this site since 2008 and discovering prototypes and trends before bigshot companies sometimes
Oppo X 2021 Rollable Concept Phone Truly Looks Like the Next Big Thing   Sony Xperia Note Ultra is Supposed to be a Galaxy Note 20 Killer