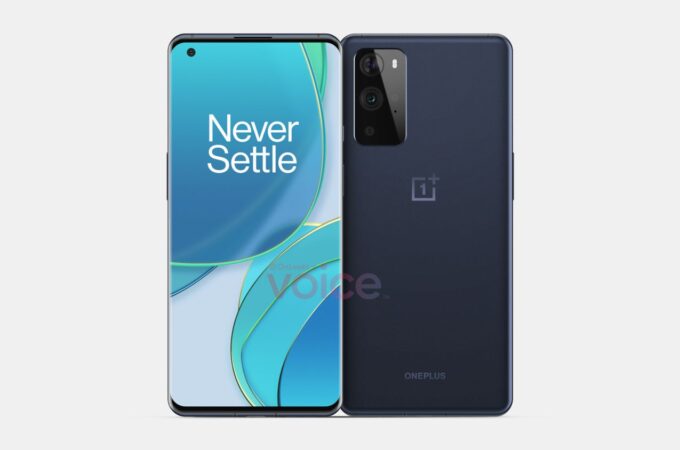 The weekend may be a pair of two slow news days, especially when people are preparing for Thanksgiving and slurping on Pumpkin Spice Latte. Well, @OnLeaks does the leaking, not the slurping, as Steve Hemmerstoffer has just revealed the first truly detailed and realistic looking renders for the OnePlus 9 Pro. Let’s have a glance!

It seems that OnePlus is copying even more from Samsung, not just the OxygenOS, that resembles One UI in more ways than one. They’re also imitating the camera design from 2020, at first glance. Turns out we are actually getting huge camera lenses at the back, set up in a “bigger to smaller” vertical setup. The bigger one may finally make the jump to a 108 megapixel sensor, but don’t bet on it. I’d say I’m shocked by how big the “forehead” of the device is and we also have quite the chin on the OnePlus 9 Pro.

At least they’re equal in thickness, which leads to symmetry. I would have placed the punch hole closer to the corner, but definitely not in the center of the facade, since it spoils PUBG. From what I can see the camera module doesn’t protrude that much, which is a bonus point. The problem I have with this design is that it doesn’t feel at all evolved from what OnePlus has been showing us from the past two years. They’re turning into Sony quickly and some people are saying that the departure of Carl Pei may be the beginning of the end.

At its core, OnePlus 9 Pro is a mix between the design of the OnePlus 8T and OnePlus 8 Pro. Seeing how OnePlus is part of the BBG conglomerate, that includes the hugely innovative Oppo, they could at least try and borrow from design patents from them. I am honestly unimpressed, but if we’re really honest with ourselves, OnePlus was never about revolutionary designs, but rather a low price, high specs and OxygenOS. Their first 3 or 4 devices even had poor cameras and only the past year or so saw them performing a bit better.

I’ve played with the OnePlus 8T and it’s a letdown camera-wise, so I don’t know what’s going on here… Oh and by the way @OnLeaks claims that the OnePlus 9 Pro has a rather large 6.7 inch screen.