OnePlus Concept One Smartwatch is the Perfect Wearable 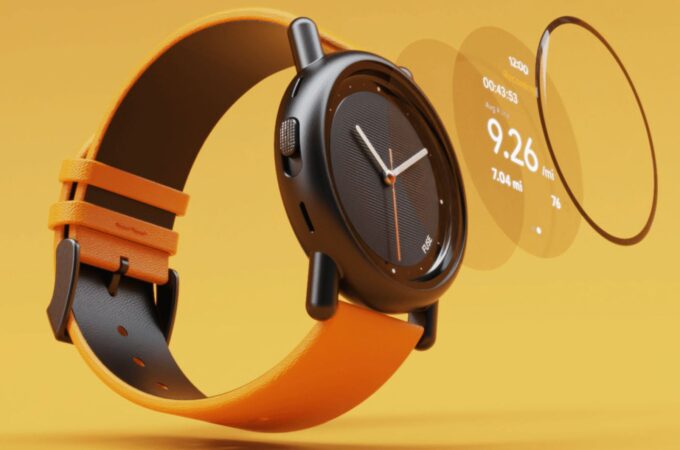 OnePlus only launched phones this year and maybe also a pair of headphones or two, but there’s no new smartwatch on the horizon. Luckily we have brilliant designers like Michael Szczególski of 2sympleks Design, who came up with a OnePlus Watch 2, or as he calls it the OnePlus Concept One Smartwatch.

The inspiration clearly comes from the OnePlus Concept One phone and its beloved electrochromic glass, based on electronic CMF technology. Basically using glass and an electrical current passing through it you can hide or show cameras at the back. In this case we have a watch inspired by that phone. OnePlus Watch didn’t quite get the reception OnePlus hoped and just like its TVs it was a bit of a letdown.

The follow-up, or at least this concept goes with the “less is more approach”. Concept One Watch is supposed to be a hybrid between a classic analog watch with kinetic movement and a modern day smartwatch. It runs on WearOS and also proposes a minimalistic design, with a belt that feels like it’s floating in the proximity of the body and not even touching it fully.

The electrochromic touchscreen can turn from a classic watch dial to a smart watch display with the touch of a button. The integrated fingerprint sensor is said “Button”. The watch lets you control music, track your fitness goals, pulse and read text messages or even make calls. When you’re done you can revert to the analogic and transparent glass screen more and the hour and second hands.

You also get a cool orange strap as a tribute to the orange hue of the OnePlus Concept Phone. Totally loving this and I look forward to seeing it turned into reality.

About Kelvin
Passionate about design, especially smartphones, gadgets and tablets. Blogging on this site since 2008 and discovering prototypes and trends before bigshot companies sometimes
Vivo Patents iPod-Like Phone That Appears to be Transparent   OnePlus 10 Pro Fresh Concept Has a Hasselblad Camera and Bionic Lens