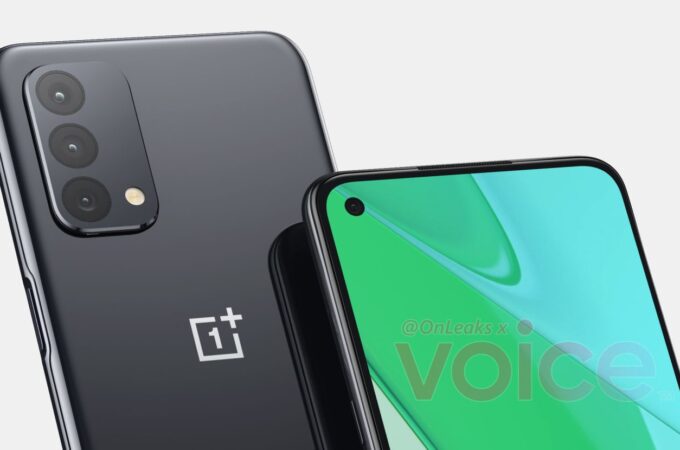 March 23rd is where it’s at, the day when OnePlus finally debuts its OnePlus 9 series and the OnePlus Watch. One would expect to only see chatter about the new phone series, but apparently we’re also seeing hints about a whole new model. The OnePlus Nord 2021 edition is here, thanks to a set of renders unveiled by the reliable leakster Steve Hemmerstoffer, aka @OnLeaks.

The successor to the OnePlus Nord N10 5G looks more like the N100 if we’re being honest. The device adopts a triple back camera with a design that feels like a throwback to the Galaxy S20 series a bit. It has a punch hole selfie camera and supposedly it will come with a plastic build, plus a metal frame keeping the whole machine together. The rear panel is probably made of plastic too. The size will remain pretty much the same as the one of the OnePlus Nord N10, but the thickness drops by 0.6 mm. The height is also reduced by 0.1 mm.

The new smartphone packs a 6.49 inch screen, but its resolution and refresh rate are a mystery. Full HD is my guess and 90 Hz too. OnePlus keeps the 3.5 mm audio jack intact, but the fingerprint sensor has moved from the rear panel to the right side. It’s integrated in the Power button there. No idea what CPU, quantity of RAM and storage we’re about to get, or the battery capacity. I can speculate that we’re getting 4 or 6 GB of RAM, 128 GB of storage and probably a microSD card slot if we’re lucky.

IP68 would be nice, but I doubt it’ll make the cut. As far as the CPU goes, it’s a Snapdragon 4xx with 5G if the device is a N100 successor and a Snapdragon 6xx or 7xx even if it’s related to the N10. Time till well…

via OnLeaks/ The Voice

About Kelvin
Passionate about design, especially smartphones, gadgets and tablets. Blogging on this site since 2008 and discovering prototypes and trends before bigshot companies sometimes
POCO F3 Leaked Press Renders Show a Familiar Face   OnePlus Watch Gets Rendered Ahead of March 23rd Launch