Leonardo Ferraz created the incredible Google Nexus III shown below, a quad core smartphone running Android 2.4 Ice Cream Sandwich. This concept also brings forth a unique feature called smartbar. This is a special taskbar at the bottom that relies on a monochrome display to show missed calls and alerts. 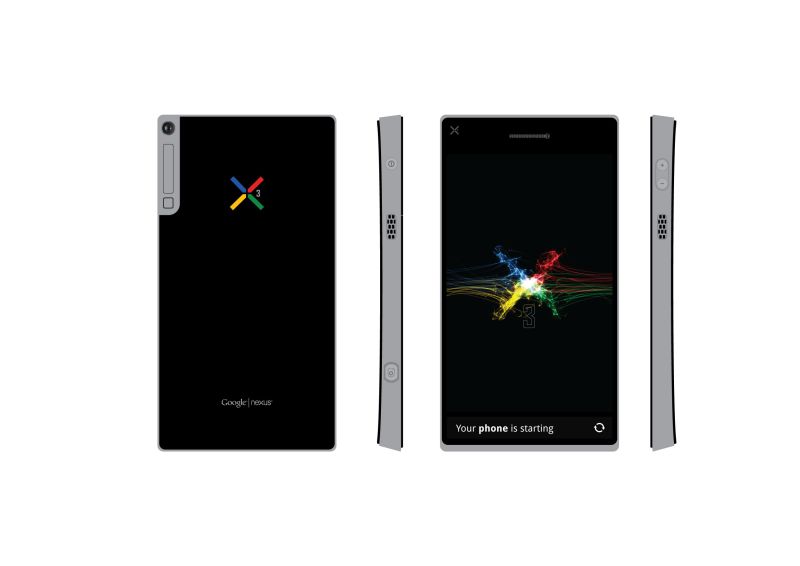 It also show stuff like player controls, track name and the unlock slider. You can use all of these without accessing the main screen, for better power management. The Nexus III (or Nexus 3 if you want) comes with an 8 megapixel CCD camera with dual Xenon and LED Flash and the ability to do 1080p video capture.

The screen is a 4.5 inch display with a 1024 x 768 pixel resolution, while at the inside we find hardware such as the Nvidia Kal-El quad core processor and 32/64GB of internal memory. Connectivity-wise, there’s a HDMI out, NFC, Bluetooth and WiFi. Maybe 4G is also in there and the list ends with dual stereo speakers and GPS. Android 2.4 looks very nice on this unit and I have to say that the back side looks spectacular… 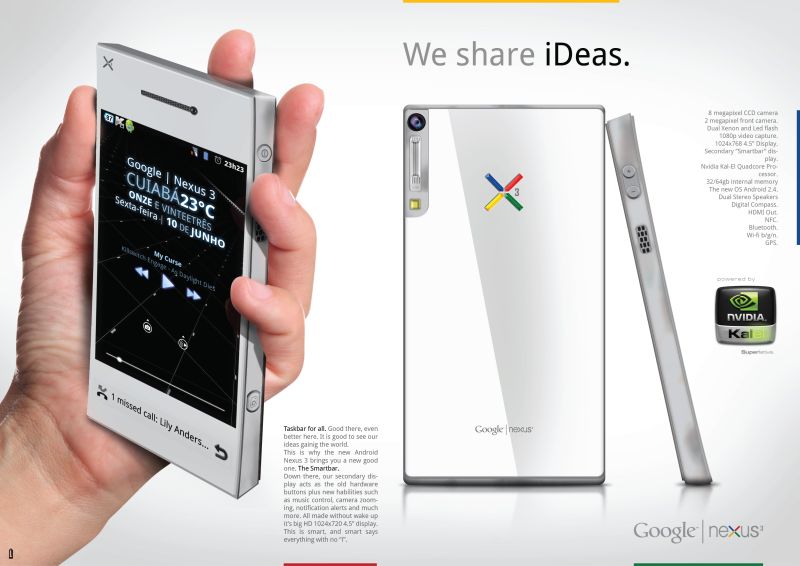 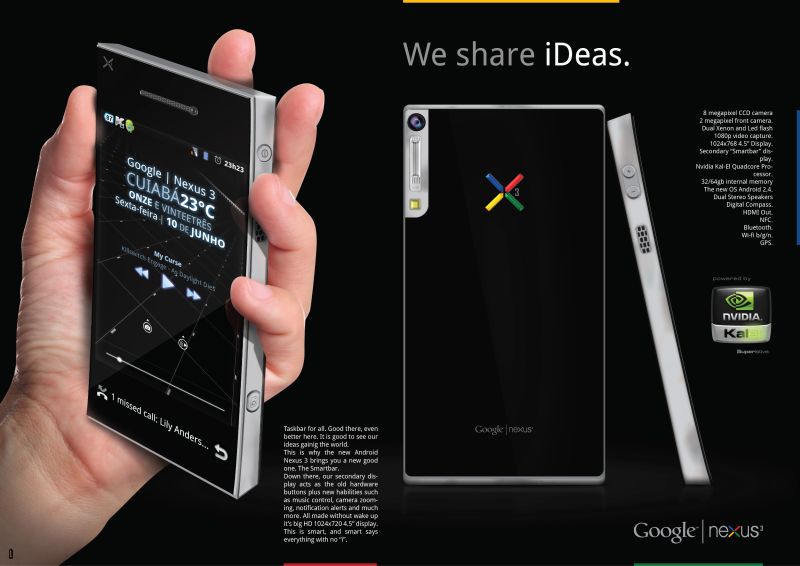