Usually when Hasan Kaymak renders a phone, it’s a HTC concept we’re talking about. This time he managed to create a Samsung Galaxy S5 render, that’s shown below. This can be seen as a Christmas present, since it’s one of the best looking S5 models I’ve seen till now. 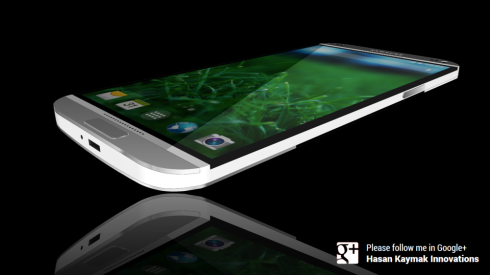 My first impression was that the device looks like a HTC, which may be considered a compliment, seeing how the HTC One is seen by many as the phone of the year 2013. We’re clearly dealing with a metallic design and also the physical Home button is kept and apparently enlarged. There seems to be a speaker grille above it and I wouldn’t be surprised if there was a fingerprint scanner embedded in it. 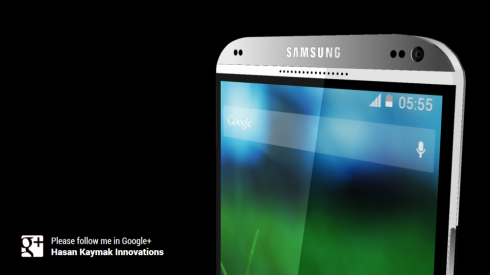 There’s another set of speakers at the top, where we find the usual array of sensors, while at the back there’s a large lens camera with what seems to be a Xenon flash. The infrared emitter was kept and the TouchWiz UI has been redone by Hasan, but we’ll talk about that in a separate post. It’s interesting to see that even if the HTC origins are clear here, there’s still some Samsung identity inside.

By the way, a 5.25 inch panel from Samsung has just leaked, leading us to believe that this will be the final diagonal of the Galaxy S V. What do you make of that?